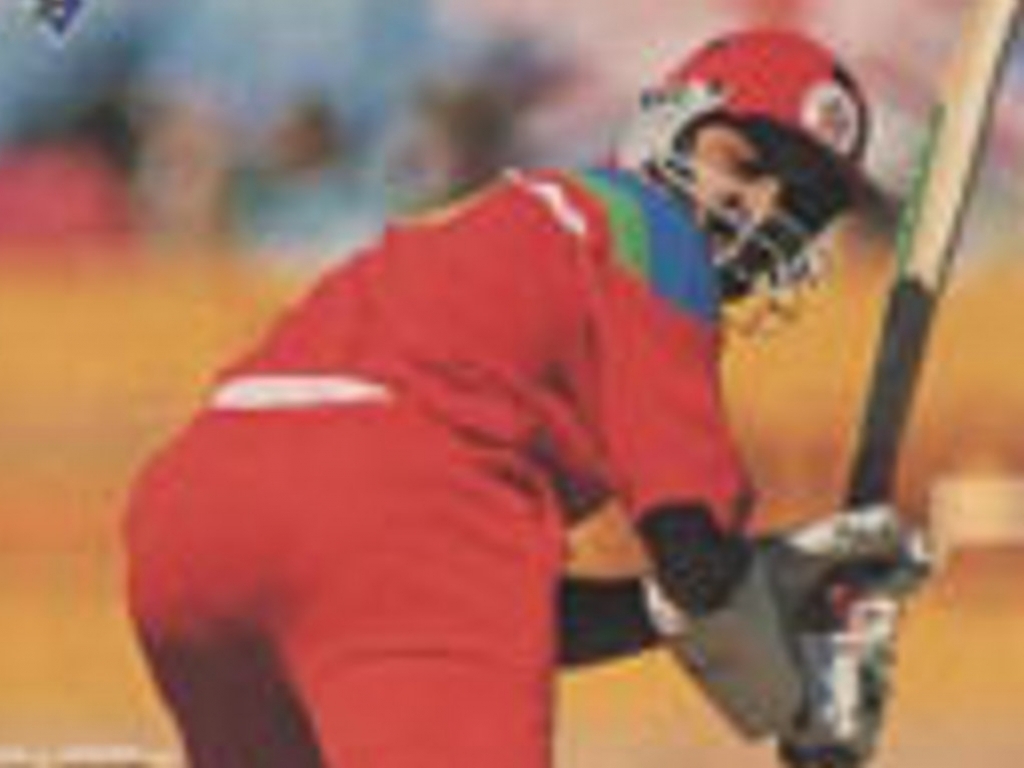 Ali Omarshah, or simply Ali Shah as he is known, is a name that is synonymous with Zimbabwe cricket, having been a player, selector, and manager of the national team over the years.

Having broken racial barriers to become the first cricketer of colour to represent Zimbabwe, he will always have a place in the history of his country’s cricket.

An accomplished allrounder, Shah was part of the squads that represented Zimbabwe in their first three World Cup appearances, in 1983, 1987, and 1992.

Chatting to Cricket365 and reminiscing back to ‘the good old days’, when all Zimbabwean cricketers were still amateurs playing the game for enjoyment, Shah recalls going to their maiden world tournament in England in 1983 and causing arguably the greatest upset in World Cup history, when they beat Australia.

Opening the batting, the left-handed Shah made 16 in an opening partnership of 55 with Grant Patterson against a bowling attack that included the likes of fast bowlers Dennis Lillee and Jeff Thompson.

That opening partnership laid the foundation for Zimbabwe to post a solid total of 239 for six in their allotted 60 overs. They restricted the stunned Australians to 226 for seven to win by 13 runs, and send shock waves through world cricket. It was at that tournament where everyone came to know how good a fielding side the African nation were.

Shah, while visiting his son in Cape Town, recounted : “It was new and exciting going to a World Cup and rubbing shoulders with the greats of cricket. We were a bunch guys that still had day jobs.

“In our team we had lawyers, IT specialists and farmers, but we just wanted to show the world that we could play cricket and deserved Test status. The only regret I have is that my father could not make the trip to England as he was ill.

“We were captained by former England and current India coach Duncan Fletcher and we were an unknown quantity that, I think, surprised Australia in that first match at Trent Bridge.

“We knew we were not as talented as the other teams in terms of batting and bowling, but knew we could make a difference in the field, so we worked very hard at it.”

Zimbabwe couldn’t  win another match at the tournament, suffering defeats to West Indies and eventual champions India, but certainly left their mark at event.

After 1983 the ICC made an effort to let Zimbabwe play more cricket. Shah recalls numerous ‘A’ teams that toured his country, and that, he said, helped them get exposed to different opposition.

Four years passed to the 1987 World Cup held in sub-continent, co-hosted by India and Pakistan. Zimbabwe, now no more an unknown quantity, lost all their matches but Shah says he will never forget the experience of playing in India, especially at Eden Gardens in Kolkata.

Shah says: “Playing in India was an eye-opener for all of us. The passion that that those people have for the game is just unbelievable.  Two hours before the game the street would be filled with fans trying to get inside the stadium.

“We played New Zealand at Eden Gardens in front of 50 000 people, the noise was so loud you could not here your batting partner calling you for a run. Unbelievable, unforgettable experience.”

At the 1992 World Cup in Australia and New Zealand, Zimbabwe again did themselves proud. They beat World Cup finalists England by nine runs in their last match before returning home, and Shah, who was now batting in the middle-order, remembers that match fondly.

He said: “We were bowled out for a low total of 132, but it was our last match and we wanted to go home with our heads held high. Fast bowler Eddo Brandes, who was a chicken farmer back home, bowled beautifully to take four wickets to bowl us to victory.

“But again a great experience. There seemed to be a lot of rain around at that time in Australia and New Zealand. I hope this World Cup is not spoilt by the rain.”

After the World Cup in 1992, Zimbabwe were finally awarded Test status. Before their inaugural Test against India in Harare, Shah suffered the misfortune of spraining his ankle and missing the most anticipated cricket match ever played in Zimbabwe.

Already at the age of 33, and with Zimbabwe having a steady production line of good young cricketers coming through, including Andy and Grant Flower and Alistair Campbell, Shah knew he had to keep scoring heavily in domestic cricket.

He made his Test debut against New Zealand in his country’s  second ever match and claimed the wicket of Black Caps batting legend Mark Greatbatch.

Shah was selected to go on tour to Sri Lanka in 1996, at the age of 37. After missing the first Test match, he scored a defiant 62, batting for five hours against Chaminda Vaas and spin legend Muttiah Muralitharan, in the second innings of the second Test at Sinhalese Sports Club in a losing cause. That Test turned out to be his last match for his country.

Of that innings he said: “People actually don’t know that I had injured my shoulder while fielding, so I couldn’t drive the ball or hit straight down the ground. I was restricted to only playing defensive shots and sweeping the ball, so I guess that worked. Definitely one of my prouder moments.”

Shah went on to become a selector and manager of the national team and speaks with sadness of how Zimbabwe cricket has come crashing down over the last decade. Always known as fighters who punched above their weight, Zimbabwe cricket changed for the worse in 2004 when 14 white players went on strike because of money issues and government interference in team selection.

Shah resigned in the wake of the player strike to concentrate on business commitments. He says he doesn’t follow Zimbabwe cricket much these days, still not seeing eye to eye with the administrators about the manner in which the whole strike affair was handled, and has not set foot at the Harare Sports Club in more than 10 years.

Asked how Zimbabwe cricket can be resurrected, Shah knows that it will be a long process to get the country’s game to where it belongs.

He said: “They don’t play enough cricket today. In our day, we played club cricket and First-Class cricket, now these players only play maybe once a month. The more you play, the more you learn about yourself and your game.”

And do they stand any chance of maybe making the quarter-finals?

Shah says: “No chance… But with Dav Whatmore, who has lots of experience, as the new coach, they might stand a light chance.”