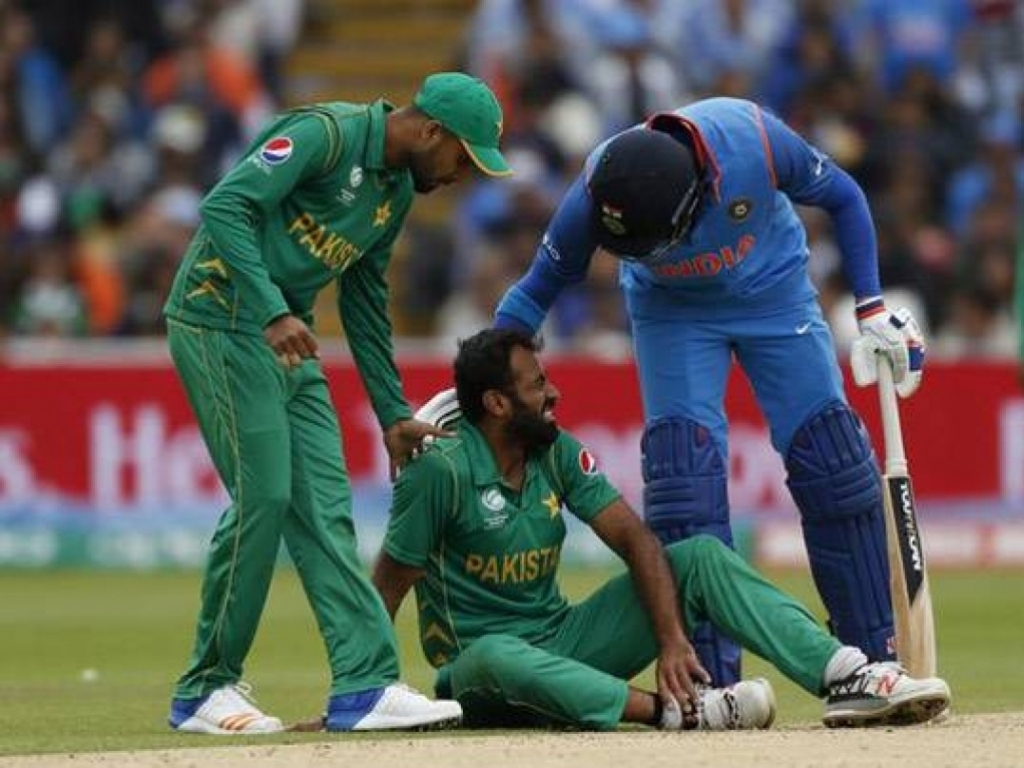 Pakistan fast bowler Wahab Riaz has been ruled out for the rest of the Champions Trophy after injuring his ankle in his team’s first game of the tournament against India on Sunday.

The left-arm paceman twisted his ankle in his follow-through while bowling his ninth over as Pakistan lost by a big margin to their Asian rivals.

ALSO READ: Arthur: We just do the basics wrong

“A scan has confirmed that Wahab Riaz suffered a deltoid ligament complex after an injury whilst bowling during the India v Pakistan match on June 4. It will take a minimum two weeks to recover from this injury.

“Wahab will not be able to continue to play in the remaining games of the Champions Trophy.”

Pakistan have made a request to the ICC to call up a replacement.

They now have must-win games against South Africa and Sri Lanka if they want to progress to the semi-finals of the tournament.