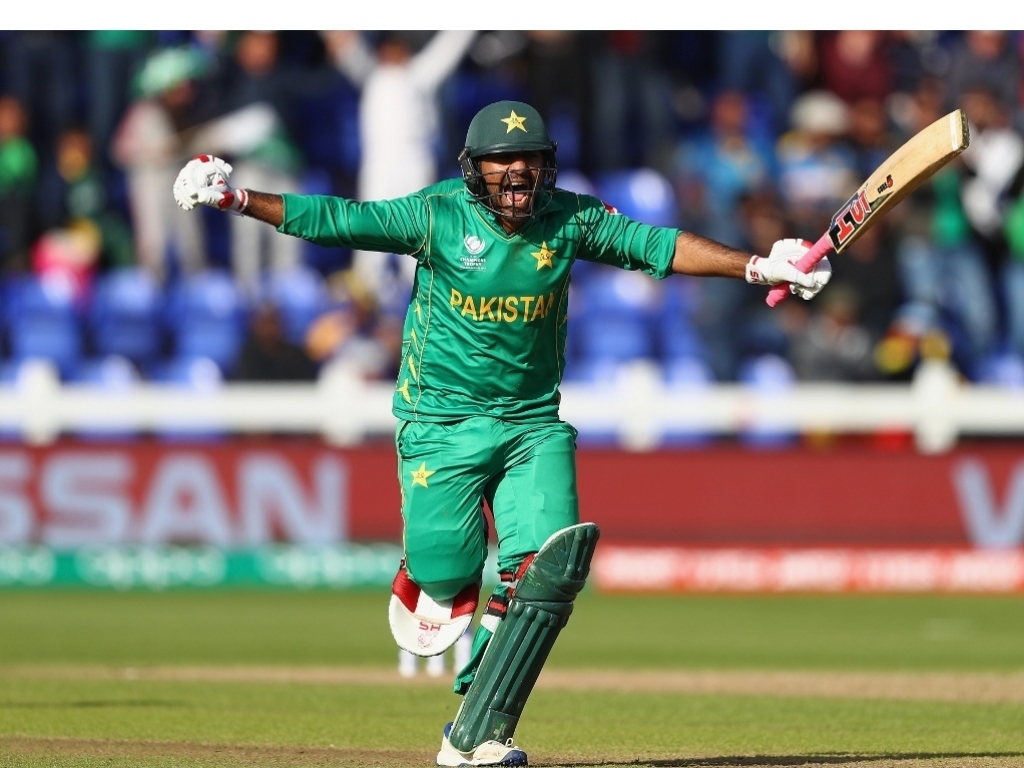 Pakistan are through to the last four of the ICC Champions Trophy after they edged Sri Lanka in a low-scoring thriller in Cardiff.

Pakistan’s dangerous seamers can take most of the credit for the sensational win as they wreaked havoc at unexpected stages of the Sri Lankan innings and bowled the out for only 236 runs.

Pakistan were rocky in reply but managed to chase the score down with three wickets in hand.

Pakistan won the toss and elected to bowl first on a pitch that offered a bit of movement for the seamers. Sri Lanka weathered the fast bowling with caution at first but got themselves to 82 for one in the 15th, with Dickwella (73) going well and looking to anchor the innings. That was when the Pakistani quicks caused their first bit of major damage as Mendis (27) and Chandimal (0) were bowled, by Ali and Ashraf, within the space of three deliveries.

Captain Angelo Mathews (39) came to the rescue and helped his side recover from the double strike as he and Dickwella steadied the ship and then upped the scoring rate. At 160 for three after 31 overs they were looking back on track to achieving a winning score.

And then the match was turned on its head. Left-arm opening pair Amir (2-53) and Junaid Khan (3-40) quickly took four wickets for six runs, against the run of play, to leave Pakistan in tatters at 167 for seven. It was a masterclass showcase of old-ball fast bowling that reminded one of Pakistan’s pedigree of devastating quick bowling of yesteryear.

Gunaratne (27) and Lakmal (26) managed 46 for the eighth wicket, which gave Sri Lanka something to bowl at, but Hasan Ali (3-42) returned to remove them both. Ashraf mopped up the end of the tail and Pakistan strutted off the field with an air of confidence about chasing the mediocre target of 237.

The chase began well as Pakistan raced to 74 without loss from eleven overs but this is a side that is not famous for doing things in a straightforward manner and Pradeep (3-60) nipped out Zaman (50) and then Azam (10). Chasing a moderate score, Pakistan only really needed one healthy partnership to finish the job but such a saving grace eluded them as wickets continued to fall at regular intervals.

Perera (1-43) had Hafeez caught off a poorly timed pull shot and Malik (11) wasn’t able to cause much trouble before Malinga had him caught behind. Another edge, this time off Pradeep, accounted for Imad Wasim (4) and with the score on 137 for six, Pakistan looked to have choked.

Exactly 100 runs were needed still and although there was no run rate pressure, Sri Lanka clearly had them on the back foot. The hero of the day, man-of-the-match Sarfraz (61) wasn’t having it. With only the tail for company Sarfraz attacked his way out of trouble – a Pakistani approach that could well have gone either way. Today was his day as Ashraf (15) helped him along for a bit and then Amir (28) helped him to take it home.

Sarfraz was dropped twice off the bowling of Malinga who was visibly furious at both efforts with Pakistan starting to look comfortable as Sri Lanka crumbled.

Sarfraz would hit 61 not out and claim the man of the match award with Mohammad Amir playing a vital role with a composed  28 not out in a stand of 75.

Pakistan will play England in the semi-final on Wednesday at this same ground. We have learnt to always expect the unexpected with this side and don’t be surprised if they knock out the tournament hosts and favourites. It might just lead to an India v Pakistan final in London. The cricket work, headed by the ICC, will be licking its lips.