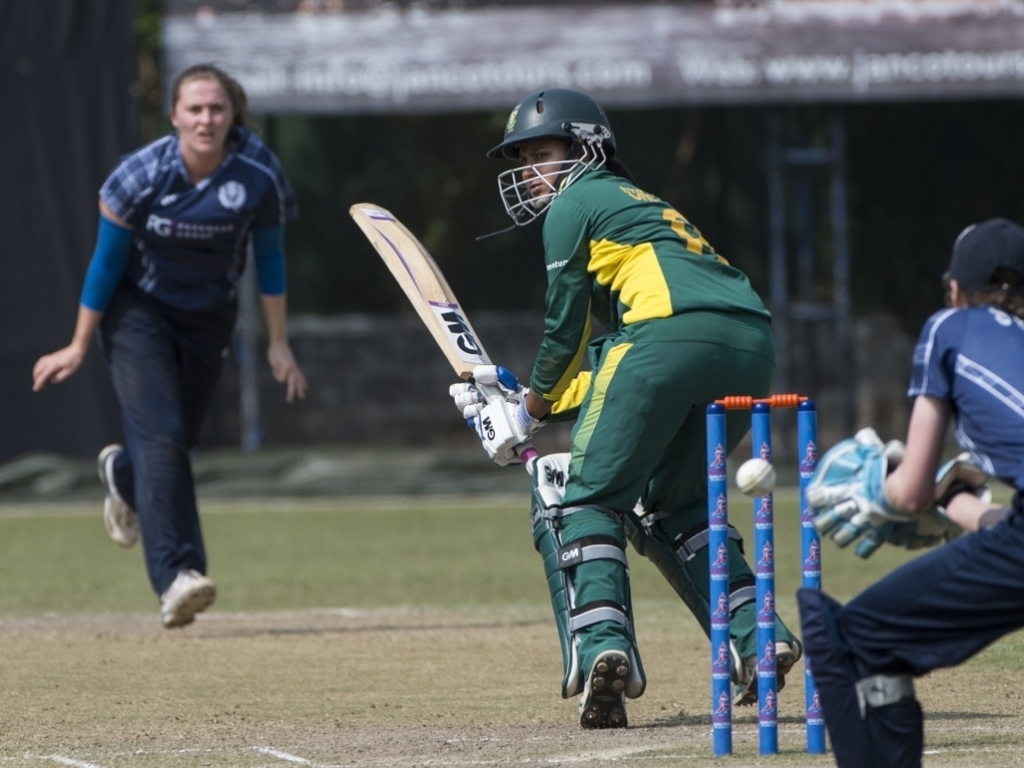 Chloe Tryon and Trisha Chetty shared an unbeaten 64-run fifth-wicket partnership to help the  Proteas women to a six-wicket victory over Scotland in their second match of the ICC Women’s World Cup Qualifier tournament in Colombo on Wednesday.

South Africa are now the only unbeaten side in Group B, topping the log with four points.

Tryon and Chetty did well to recover their side and chase down their 143-run target after South Africa stumbled to 79/4 in the first 22 overs of their reply.

Tryon, who picked up from her match-winning performance against Pakistan yesterday, hit another impressive 45 from 40 deliveries with Chetty scoring a more sedate 35* from 56, keeping her wicket while losing batting partners Mignon du Preez and Marizanne Kapp for nine and seven respectively.

South Africa reached their target with 101 balls to spare.

Earlier in the match, Kari Anderson (50) hit her maiden ODI half-century (119 balls) for Scotland to spearhead her side’s innings after they won the toss and elected to bat first.

Elizabeth Priddle (19) and opener Olivia Rae (16) were the only others who managed to get a brief start before they were curtailed by a strong South African bowling attack, led by Shabnim Ismail (3/30). Ayabonga Khaka received the Player of the Match award however, for her remarkable 2/9 in 10 overs with captain, Dane van Niekerk also adding an impressive 2/21 in her 10.

The Proteas will face Bangladesh in their next match at the P.Sara Stadium in Colombo on Saturday.