Video: Katey Martin speaks ahead of the World Cup 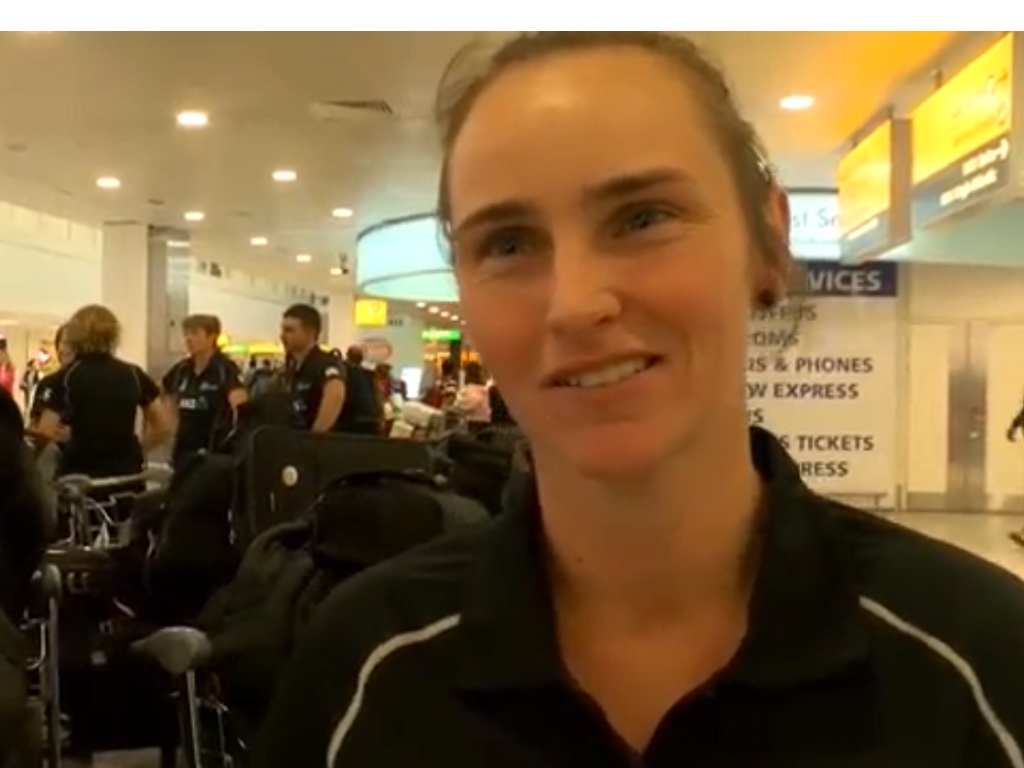 White Ferns senior player Katey Martin spoke on arrival in the UK ahead of the Women’s World Cup which gets underway later this month.

Martin was looking forward to getting out on the park for some match practice coming out of a miserable winter in New Zealand.

The White Ferns sport a good mixture of youth and experience with the youngest player Amelia Kerr just sixteen.

The White Ferns arrived in the UK bidding for a second world title as they look to emulate the team of 2000.

The team has a one-week training camp in Hampshire in preparation for the ICC Women’s World Cup – June 24 to July 24.

The White Ferns will will play a warm-up match against Australia on Wednesday before moving to Derby for their official tournament warm-up games next week.