Bangladesh and Ireland exude confidence ahead of tournament 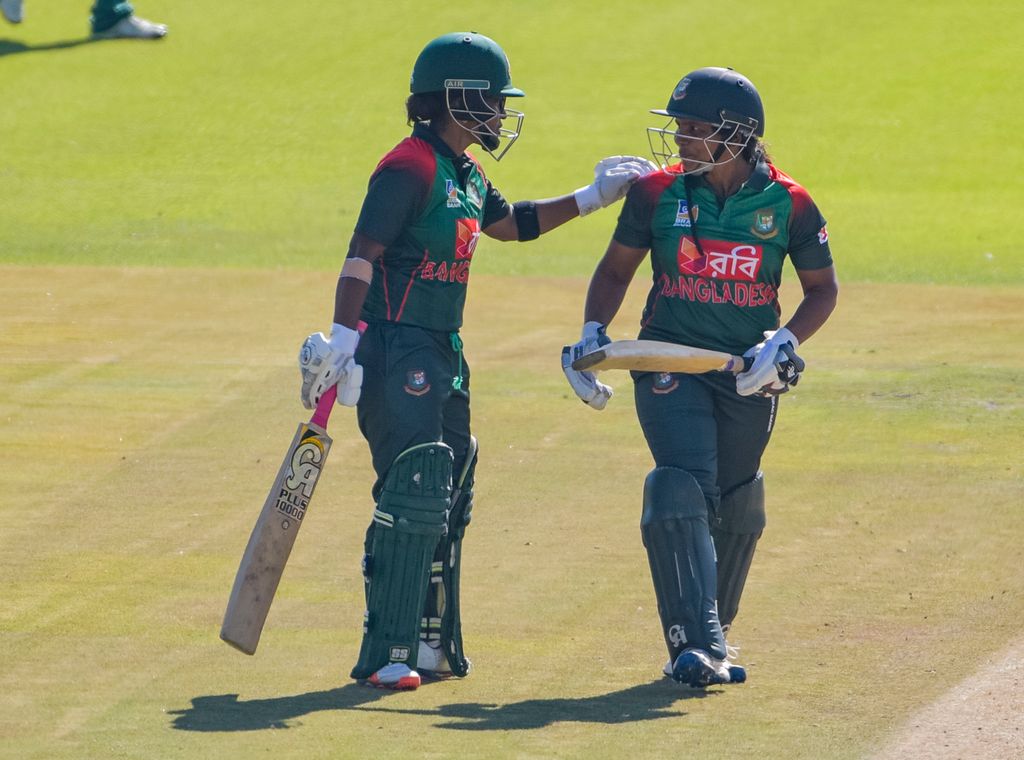 Bangladesh and Ireland will be the favourites in the eight-team ICC Women’s World T20 Qualifier 2018 in the Netherlands from 7-14 July, which provides the top two teams passage into the event proper in the West Indies later this year.

The tournament will be held at the VRA Cricket Ground in Amstelveen and Kampong Cricket Club in Utrecht, with the finalists joining Australia, England, India, New Zealand, Pakistan, South Africa, Sri Lanka and host West Indies in the ICC Women’s World T20 2018 from 9-24 November.

Bangladesh captain Salma Khatun, who is the country’s leading wicket-taker in this form of the game, is taking confidence from their Asia Cup victory in Malaysia last month, when they beat ICC Women’s World Cup 2017 finalists India two times, including in the final.

She will be one of their players to look out for, with Fargana Hoque, Shamima Sultana and Nigar Sultana among their batters who have been in good form.

“Our victory in the Asia Cup has given us a lot of confidence and we want to be at our best in the Women’s World T20 Qualifier. Beating India two times is no mean achievement and we feel everyone now realizes our potential. That said, we have to begin well and can’t take any team lightly, even in the league stage.

“Playing in Ireland before the tournament has been good preparation for us and we are aiming to emerge victorious in this tournament,” said Salma, whose team beat Ireland 2-1 in a recent three-match T20I series, which included a last-ball win for Ireland in the final match.

In the 2015 edition, Bangladesh had lost to Ireland in the final by two wickets, but had the satisfaction of seeing leg-spinner Rumana Ahmed finish as the leading wicket-taker with 14 scalps.

Ireland captain Laura Delany feels the momentum has only been working in her team’s favour.

“If we play the way we know we can and with the confidence we have gained in recent weeks, we have to believe we are capable of qualifying for the World T20 in the Caribbean in November. None of the three sides we are coming up against in the early stage of the qualifiers will be easy games.

“However, we hope the momentum we have gained from the recent Bangladesh series will flow through to the next 10 days of the qualifiers. When we walk out on the field on Saturday, I think we will be as ready as we possibly could be,” she said.

Laura feels her team will adjust well to the conditions in the Netherlands, which will not be much different from those at home, and that the selectors had picked “an exciting squad.”

“If we play to our abilities then we will have a good chance to progress. We have experienced hands like Isobel Joyce, Cecelia Joyce (leading scorer in the 2015 edition), Clare Shillington and Ciara Metcalfe who have been there and performed successfully on the international stage over many years. We’re excited to see Kim Garth getting back to full fitness – Kim’s performances in the Women’s Big Bash League are well-known and her bowling has been sorely missed for our side this season.

“Gaby Lewis is in red-hot form with the bat – two T20I half-centuries registered in the last month against quality opposition (New Zealand and Bangladesh respectively) have given her the self-belief that, despite being just 17-years old, she can really show her talent off at this tournament. Lucy O’Reilly is another vital addition that returns to the national squad from absence and will undoubtedly play a key role as part of our bowling unit,” she said.