Archer delighted to bag six on ‘annoying’ day in Leeds 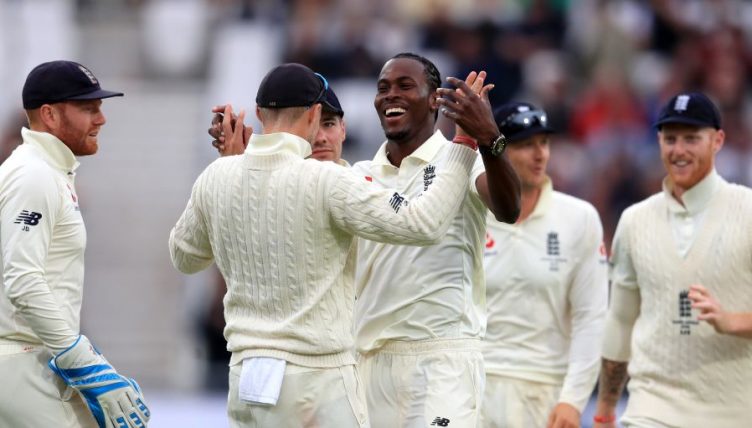 Jofra Archer was over the moon to collect his first five-wicket haul in international cricket on an “annoying” day marked by frequent interruptions for rain and bad light.

Archer took the first wicket of the day, dismissing Australia opener Marcus Harris just before the first rain delay of the day, and returned to take five more as Australia collapsed from 136/2 to 179 all out. Archer’s 6/45 were the best England Ashes bowling figures at Headingley since Bob Willis’ 8/43 in the famous 1981 game.

“We’ve been in the field all day, it was stop-start all day, which is really annoying,” he told BBC’s Test Match Special.

“You start to bowl well and then you have to go off and start again. I’m over the moon to get six wickets but equally happy just to get off.

“The ball just started swinging randomly from the over before the Warner wicket. It got a bit more overcast and then from then on the ball was really good.

“We thought it was going to be a repeat of Lord’s and losing the first day. But we got a large portion of the bad weather out of the way today.”

Even after his impressive effort in finishing off Australia, Archer admitted he could still have been better.

“I didn’t do too much differently from Lord’s, the slope there just makes the balls a lot harder to play,” he added.

“It was a bit bowler-friendly today, at times it did go flat and the ball stopped swinging but it started again.

“There were a few threes and no sweepers, I’ll more than take six for 45 but I can be tidier in the future.

“It’s been really good so far, from the moment I’ve put the badge on, it’s been the happiest day of cricket so far and hopefully plenty more ahead.

“They’ve got some good bowlers as well so we’ve got to bat really well tomorrow.”