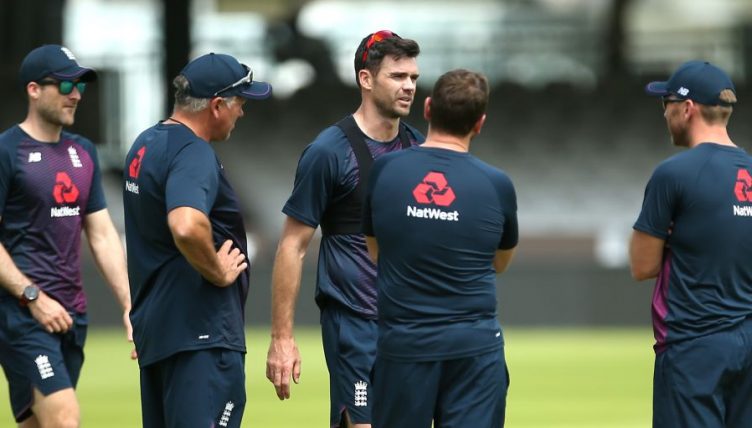 Jimmy Anderson will not feature in England’s one-off four day Test with Ireland on Wednesday at Lord’s as he continues his rehabilitation from a calf injury.

England’s record wicket-taker suffered a tear in his right calf muscle playing for Lancashire at the start of the month and did not take part in full training on Monday, prompting the selection team to decide to omit him from the squad.

The 36-year-old will be crucial to England’s hopes of retaining the Ashes this summer and England will want to ensure he is fully fit for that series so have taken the decision to hand him more time off with the expectation he will be firing on all cylinders for the series opener against Australia on August 1.

Neither Mark Wood nor Jofra Archer will be in the England side at Lord’s, both missing with side injuries, so Warwickshire’s Olly Stone and Somerset’s Lewis Gregory could be in line for Test debuts against Ireland.

The four-day Test will be the first ever played between the two sides and England’s return to red-ball cricket at the scene of their dramatic World Cup win under Ireland-born Eoin Morgan earlier this month.

Anderson remains confident of returning for next month’s Ashes opener and says England must build on that World Cup success in the Test arena.

“It’s a really exciting time for English cricket. I think it was an amazing final and the reaction to it has been phenomenal,” Anderson said.

“It’s time to re-focus on to Test cricket. We realise the dangers that the Australian team bring to Test cricket, so we’re going to have to be fully focused on that.”