Five alternative observations from a pulsating 2019 Ashes – Day One 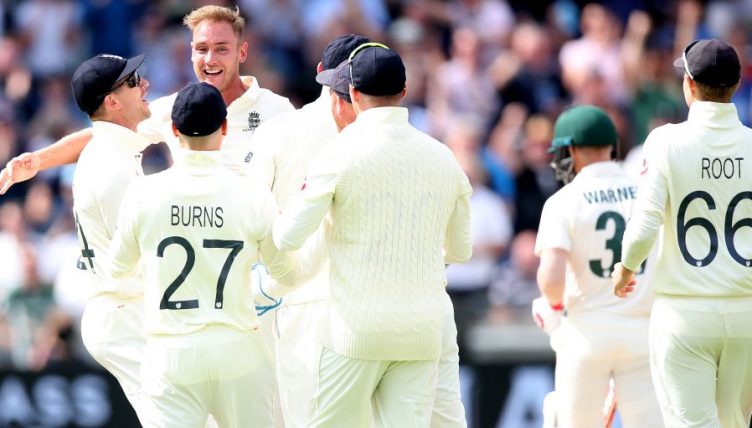 Well, that was a change of pace from the World Cup, wasn’t it?

From a revitalised Stuart Broad striking early in trademark fashion, to Steve Smith doggedly clawing Australia back into the contest amid a chrous of boos and banter, the Ashes are back, and it was everything we could’ve hoped for.

Here are our five most curious/interesting/bewildering talking points from day one.

A first in a series can often set the tone. Whether it be the first delivery swinging round corners, the first wicket demoralising an opener, or the first boundary pulverised to the fence in dramatic fashion.

Hogwash. If you judged a pulsating day one’s action on the firsts of today, you wouldn’t be tuning in tomorrow.

First ball – A standard out-swinger from James Anderson – too far outside off-stump to tempt Cameron Bancroft into having a nibble. It swung, but not much.

First boundary – A firm forward defensive that seemed to catch the man at mid-off as off guard as it did the man playing the shot himself. No dazzling cover drives here.

First wicket – Warner trapped LBW on the back foot by Stuart Broad. The problem? The ball was drifting comfortably down the leg side, but an unusually sheepish David Warner failed to review.

🏴󠁧󠁢󠁥󠁮󠁧󠁿🙌 England's Stuart Broad has taken the first wicket of the 2019 Ashes with the Aussies on two!

😲 But David Warner would still be in had he reviewed!

🤥 We're sure your hearts bleed for him…pic.twitter.com/dfVmqaVXOe

How many times have England opened the innings with a sumptuous spell – trapping the batsmen on the back foot, indecision ruling the opener’s minds, swing and misses galore… 95 for none. Not today.

England, and in particular Stuart Broad, pushed their length a tad fuller and reaped the rewards.

With an average length of 4.4m from the batsman's stumps, Stuart Broad's first over was the fullest opening over he's ever bowled in a Test innings. #Ashes pic.twitter.com/1ttT61IzaC

In his opening spell, a remarkable 64% of Broad’s deliveries were pitched in the ‘full’ zone, with 24% on a good length. He was rewarded with figures of 2-17 off his opening six overs, with Anderson equally unplayable at the other end – going for just one run in his four overs.

Broad went on to collect five wickets (with a helping hand from some debatable umpiring) and brought up a century of dismissals versus Australia. Broad is and always will be a man for the big occasions.

The Ashes don’t require any extra ammunition for a bit of good old fashioned heckling. But the infamous events of 2018 ensured that the 2019 Ashes would exude a feisty atmosphere. We counted heavy booing on four separate occasions in the first session, the first of which greeted the Aussies’ entrance onto the field for the national anthems.

Cries of “cheat, cheat, cheat” serenaded Smith as he strode out to bat followed by rumblings of “He’s gonna cry in a minute”.

There are two diametrically opposed views about heckling Mr. Smith and Mr. Warner. The former is that it’s all just a part of the game. A bit of harmless fun to engage the fans in the rivalry on a personal level. And if it causes one of the two to play a rash shot and get out for a score half of what they’d achieve in a vacuum, then all the better.

The latter is the exact opposite. Let bygones be bygones. They’ve served their time. Don’t stoop to their level etc etc.

Whichever side of the fence you fall on, you have to take some form of mischievous joy out of the Barmy Army so long as it remains closer to good-natured banter than malicious sledging.

The intensity and volume of the heckling subsided as Smith amassed a fighting 144 runs in his typically scratchy fashion – unperturbed by the Hollies stand’s best efforts. There’ll be times in this series where it’ll feel like Steve Smith is the only obstacle in England’s path to Ashes glory – today was one of those days.

Come on lads, it shouldn’t be this difficult. Within an hour, England had expended one of their reviews on an ambitious LBW appeal that showed the ball was going over the stumps by about two miles (or inches if you insist on accuracy). Apparently England forgot that a cricket ball bounces.

Warner had survived a caught behind that only Jonny Bairstow and Stuart Broad were even remotely interested in. Replays showed Warner had indeed nicked the leg side delivery, but no review was forthcoming. Perhaps the perma-optimistic Bairstow and Broads’ reputations had gotten the better of them.

Then Warner completed the holy trinity of reviewing nonsense by choosing not to send his own LBW decision upstairs. You guessed it – the ball was sliding down leg and Warner trudged back to the dressing rooms in a fit of jeering and indecision.

What a let off for Australia!

Warner tickles Broad down the leg-side but England don't review and snicko suggests there was an edge!

A swathe of miscalculated reviews combined with some truly shocking umpiring decisions followed, which cast a small shadow on the day’s proceedings, but It’s only day one, we’ll give all involved the benefit of the doubt (for now).

Did anyone really notice after the first few minutes?

Our first look at names and numbers adorning/besmirching the Test whites this morning.

It does have a slight feel of a division two county game about it but overall, we're satisfied.#Ashes #ashes2019 pic.twitter.com/pQtr72IqsK

The contrast between the (relatively) sleek and thin numbers on England’s shirts combined with the Aussies’ ultra-wide mega numbers was odd. You’d think they’d have the same font and lettering/number sizing, but alas, this is cricket and cricket rarely get’s things 100 percent right the first time.

It didn’t detract from the game, it didn’t ruin the spectacle and perhaps (most?) importantly, it didn’t cause a Twitter firestorm.

If just one child viewing on TV can now put a name to the face he was watching, or if the fans in attendance could distinguish what would otherwise have been indistinguishable, then it qualifies as a success in our eyes.