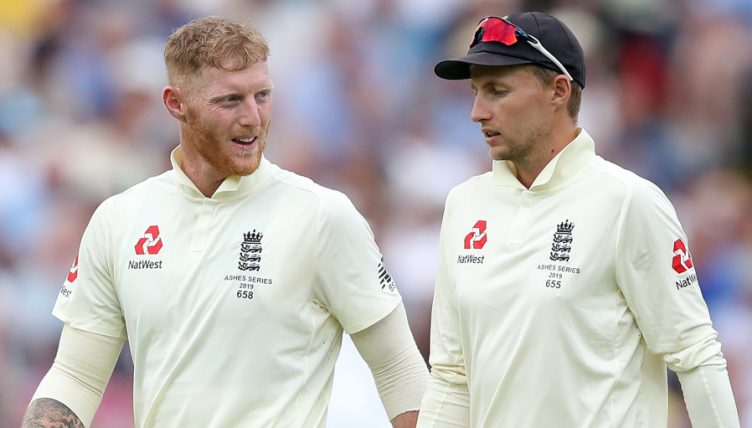 England captain and star all-rounder Ben Stokes took pride in their successful efforts to level the 2019 Ashes series up at 2-2, but hinted at their overarching disappointment at their inability to regain the urn on home soil for the first time since 2001.

England secured an impressive 135-run victory in the fifth Test at the Oval, maintaining their record of being unbeaten in home Ashes series since their 4-1 defeat 18 years ago in 2001..

Four wickets each from evergreen Stuart Broad and cult hero Jack Leach propelled England to victory with a day to spare despite a superb battling century (117) from Australia’s Matthew Wade.

Reflecting on the character they showed despite the urn’s destination already being decided, Root said: “We were excellent this week. Having lost the toss, to play as we did was fantastic. We drove the game all the time and got there in the end.

“Jofra makes things happen, and he’s backed up with other skillful bowlers. Collectively we’ve shown a lot of character throughout the whole series.

“We were not always at our best, but we’ve fought really hard. Credit to Tim (Paine) and his team.”

🏏 🔥 Is it really over? @willfordy25 looks back and forward after a whirlwind summer of international cricket… pic.twitter.com/vvPKcYutSm

The culmination of the series brings to a close coach Trevor Bayliss’ tenure with the team.

Speaking on the impact Bayliss has made with England, Root said: “Trev is brilliant, he’s added a huge amount to this Test team, and what he’s done in white-ball cricket is phenomenal. We all played for him this week, and very pleased to send him off with a win.”

Root has come under fire for his captaincy during the series but retains the ambition of continuing as Englands’s Test captain for years to come.

Speaking on how England will approach the longer format in the coming years, Root said: “I thought the performance this week was a lot closer to the template of where we want to be in Test cricket. Hopefully that will be a massive stepping stone and starting point for us to kick on as a team.

“We’ve got an opportunity now to really push and do everything we can to prepare extremely well for that next tour of Australia. That’s going to be a huge focus for me and I’d like to hope for English cricket.

“That’s got to be our main focus – going down there and winning. Every Test match between now and then is an opportunity to push your case. I’m desperate to take this team forward and I will do everything I can to prepare us for that series.”

The accolade of England’s man of the series went to all-rounder Ben Stokes.

England’s talisman almost single-handedly kept the series alive with his astounding unbeaten century in the third Test at Headingley that will live long in the memory of England fans across the nation.

Despite his individual honour, however, Stokes too was disappointed to not regain the urn for the second consecutive series, stating: “Obviously it was disappointing in Manchester for us to know that we couldn’t get the Ashes back.

“We turned up here this week knowing that we still had a huge amount of pride and the Test Championship to play for, and we managed to draw the series, which was the goal at the end of this game.”

Asked whether he’d swap his miracle innings at Headingley for the urn, Stokes said: “I’ll look back on winning at Headingley in a few years’ time with fond memories probably, but I’d swap it for winning the Ashes.”