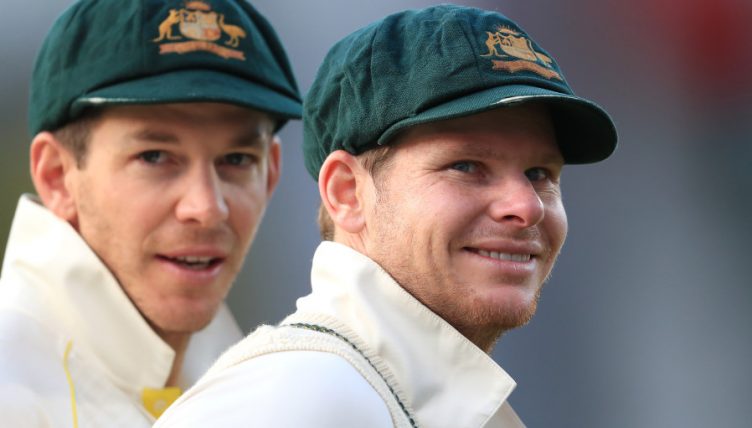 Australia retained the Ashes with a 185-run victory at Old Trafford – giving the Baggy Greens an unassailable 2-1 lead in the series due to their position as holders.

A tense day five ebbed back and forth as England’s batsmen looked to keep the Aussie bowlers at bay for as long as they possibly could.

Despite a string of impressive partnerships and the best efforts of Joe Denly, Jos Buttler and Craig Overton (who all soaked up over 100 balls each), Australia took the eight wickets required to retain the urn in the final hour.

Speaking to Sky Sports’ Ian Ward immediately following the conclusion of play, talismanic batsman Steve Smith said: “I’ve been here a few times when things haven’t quite gone our way or we haven’t performed to the best of our ability.

🏏 🔥 That’s it. @willfordy25 is going to lie down in a dark room – but managed to do the review before. pic.twitter.com/cf39f8fUQ0

“To come back and get the urn here was always one to tick off my bucket list.

“There’s another game left and we’d love to win it but to know it’s coming home is extremely satisfying.

“The boys were getting a bit tight out there but with the new ball we thought we’d get enough chances.

“They (England) fought incredibly hard but fortunately the boys got the job done.”

The moment Australia retained the Ashes.

Overton reviewed but to no avail and the urn will stay Down Under. pic.twitter.com/HZ5Y2rFcID

England captain Joe Root has come under fire for his underwhelming captaincy at times during the series, but was determined to reflect on the positives of what has been a spectacular series for the viewing public.

Root told Sky Sports: “I thought we showed great character, great fight and great belief in what we wanted to achieve.

“As last week we always believed, we always make sure we fight right until the end and we tried our hardest today.

“You can always look at different areas where you could have done things slightly differently but I couldn’t be more proud of the effort the guys put in today.

“I think we’ve seen some wonderful Test cricket over the course of the series and I expect the same at The Oval.”

Victorious Australian captain Tim Paine praised his charges for the way in which they responded to their heartbreaking defeat in Leeds, and commented on what has been a pulsating series throughout.

Paine said: “This team’s been through a lot in the last 12 to 18 months and I think the character we’ve shown to bounce back – even from Headingley last week – shows a lot about the character of the people we’ve got in our side.

“It’s been an unbelievable series, it’s been intense, every game’s gone pretty much down to the wire and that’s what we expected and prepared for.”