The records England broke in their astonishing 67 all out 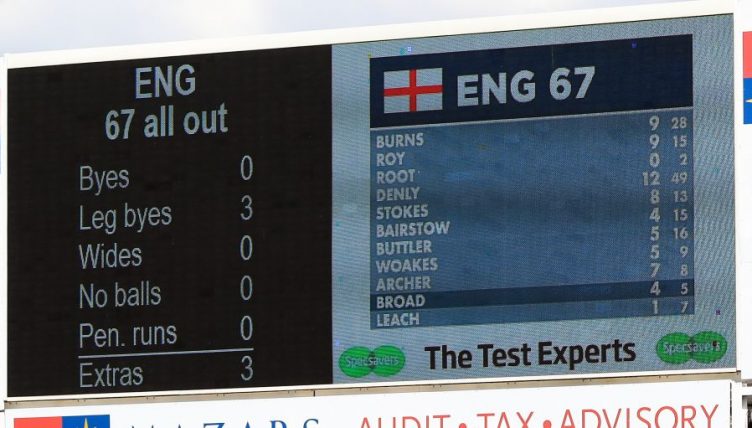 England managed to turn a very good position at Headingley into a very, very bad one very, very quickly as they collapsed to 67 all out on day two of the third Ashes Test. It broke plenty of records, as you can imagine. Here’s the catalogue of horror.