Home The 2019 Ashes Woakes: We’re still ahead in the game despite Smith puzzle

Woakes: We’re still ahead in the game despite Smith puzzle 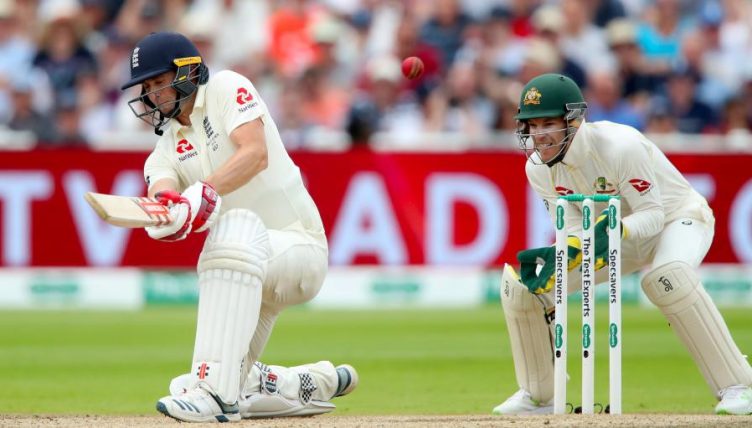 Chris Woakes insists England are still ahead in the game despite a disappointing third day of the first Ashes Test at Edgbaston.

England started the day hoping for a big lead but lost four early wickets and were indebted to a 65-run partnership between Woakes and Stuart Broad for the ninth wicket to eke out a lead of 90.

Australia lost David Warner, Cameron Bancroft and Usman Khawaja before erasing that deficit, but Steve Smith holds the key once again, unbeaten on 46 alongside Travid Head (21 not out) with Australia 124/3 and 34 runs ahead.

Woakes said: “We are pleased to a certain extent to have them 34 for three but we’d have liked to have them level for three. We might have leaked a few too many. But two quick wickets tomorrow and get them 50 for five and it’s good.

“We didn’t quite get our lengths exactly right but at 30 for three you’d still say we’re slightly ahead. It didn’t swing a huge amount. When the sun’s out on that slow pitch there’s not much in it.”

Woakes acknowledged the obvious that Smith holds the key on day four, but admits England are short of ideas when it comes to dismissing him in benign conditions.

Australia’s James Pattinson said his side got the rewards today for their misfortune on day two.

“We came in today and offered this position we’d have taken it. We could have let the game slip but took six for 100 and now we lead.

“I thought we were unlucky yesterday and we got the rewards today.

“Anything over 150 will be difficult on that wicket. I don’t want to put a number on it, but hopefully bat the day tomorrow and then get them in.”