Wounds healing over for Carey after World Cup breakthrough 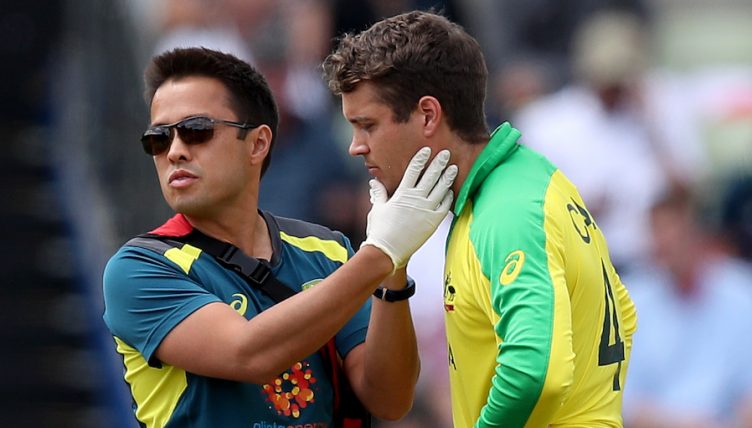 Australia’s Alex Carey has admitted his scar is healing well both literally and metaphorically after Australia’s World Cup campaign.

Carey suffered a blow to the chin from a Jofra Archer short ball in Australia’s World Cup semi-final defeat to England which gave him a nasty cut, but the 27-year-old also make a lasting mark on the tournament.

So impressive were his string of innings that comparisons with the great Michael Hussey had emerged by the end of the tournament, but now attentions have turned to the Ashes and whether he can find a space in the team.

Steve Waugh – who will serve as a ‘mentor’ to the Australian team in the early part of the upcoming series – was the man who compared him to Hussey, and Carey is looking forward to picking his brain.

“If I’m half as good as him, I’ll be happy – he’s an incredible player,” Carey said of the comparison.

“Having Steve is amazing for the group. I think he’s won nine Ashes…and been over here and played a lot here. To have the knowledge of Steve Waugh, one of the greatest Australian cricketers, be a part of this group is something we’re really lucky to have.

“Personally, I just had a quick chat just getting to know Steve. It’s quite early and he’ll mentor us and have his spin on things. It’s just great knowledge to have. Steve’s been watching the one-day stuff and commentating a bit there. I’ve had a few little chats with him but more moving now into the red ball and getting that focus of a longer format.

“The patience of the game, staying focused for longer, little things that will come out over the next few days. The more we train the more you start talking, you start asking questions.

“I guess different circumstances throughout the World Cup were really good learning experiences for me,” Carey continued. “Having Smith and Warner back in the side, and the experienced guys I got to bat with, you learn a lot out in the middle.

“Obviously batting seven you hope to come in during the last 10, and if you don’t then you do your best through the middle to be busy, occupy the crease, all those things. At times it felt just like play good cricket, and play a bit of Test cricket – absorb some pressure and rebuild at times. It was good to go through different circumstances and have some success.

“The last six to eight weeks have been a massive learning experience for me and then going back 12 months even. Every time I go out to play I try to learn as much as I can from success or failures, learn from the experienced guys in the team and once you get put under pressure you learn a lot about yourself pretty quickly as well.

“So it’s been a bit of a different journey but it’s also helped me a little bit as well. Having a few setbacks you sort of realise what’s important and make sure you come back to training and try to get better every day.”