ABD to meet with CSA in August to map future 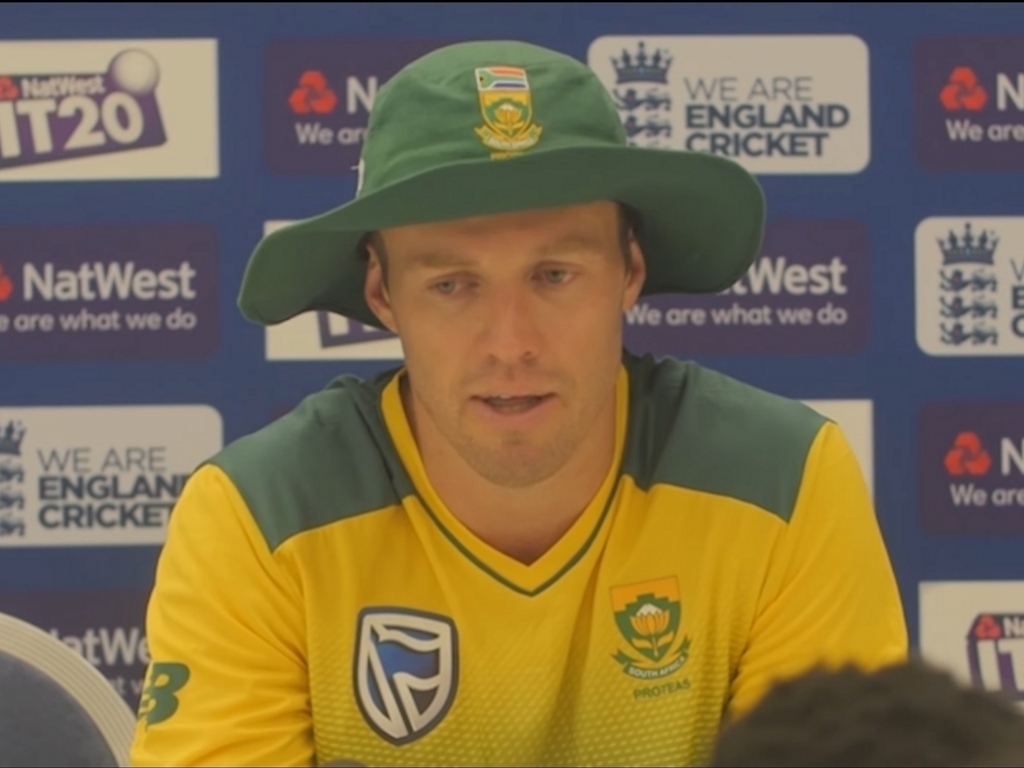 Proteas ODI skipper AB de Villiers has revealed that he will meet with Cricket South Africa in August to map out his future role within the national team set-up.

De Villiers has copped his fair share of criticism for what many perceive as him picking and choosing what games or series he wants to play in.

Speaking after the Proteas defeat to England in the T20I series decider De Villiers said: “We will see what works for both parties.

“We are not going to pick and choose games, but we are going to make a final decision about what happens for the next few years.”

De Villiers is not part of the Test squad and will now return home to enjoy some downtime with his family.

The former Test skipper stood in as captain for regular T20 skipper Faf du Plessis in the 2-1 series defeat and has overseen three disappointing white-ball efforts from the Proteas.

Du Plessis may not return in time for the first Test against England with his wife expecting their first child and Dean Elgar set to skipper in his stead should he be unavailable.

There have been question marks over De Villiers leadership and his batting form but he is keen to put all of that behind him and rest up for next season.

He added: “I am going to spend a bit of time off at home with the family, I’m going to welcome my new youngster into the world, and obviously look to stay fit.

“I want to make sure I am ready for September, when Bangladesh come.”

De Villiers realizes that his dream of helping the Proteas to World Cup glory in 2019 isn’t necessarily up to him.

He went on: “It’s my main dream to win a World Cup for South Africa, or to be part of it in one way or another… I don’t even think it’s in my hands, what is going to happen. I will wait until the final decision on the coach and things like that are made. Then I can also have a chat to CSA, to see where I am going to fit in.”