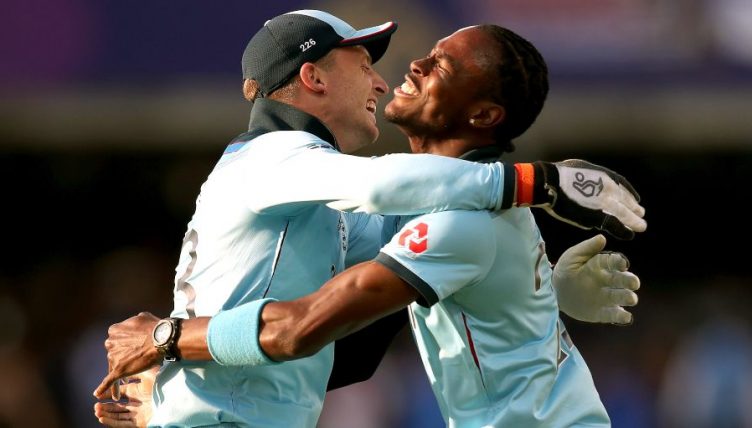 Morgan picked Archer to bowl England’s super over and the Barbadian-born bowler didn’t let him down.

England will bat first in a Super Over to decide the #CWC19 final. Absolutely bonkers scenes these.https://t.co/xOwdwDvkiE

“He [Archer] was a calm captain throughout the whole tournament and [even in the final],” Archer told Sky Sports.

“Even after I went for that six [in the Super Over], a lot of other captains would have had their hands on their head or paced up and down with the head down.

“But he never dropped – I think he was more confident after that! That is what you need when the task is so nervy. A lot was one the line.

“When I see the game again on TV, I will take a lot of pride in having a hand in helping to win it.

“I just hope the kids who watched want to play cricket and become professionals. At the end of the day we want to inspire as someone has to take over from us.”