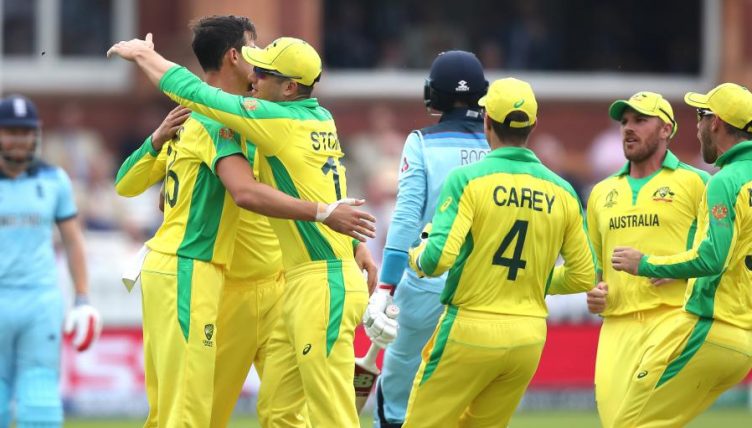 Another week of World Cup action has been and gone. It was yet more serene progress towards the inevitable top four f***ing mental. Here are the Pakistans and the Englands of the last seven days.

Pakistan
They’re at it again. The parallels with 1992 are an entertaining sideshow, but shouldn’t be used to distract from what this side is doing. There are many, many better sides at this World Cup than Pakistan but they are close once again bantering off the whole lot of them with England front and centre. The only problem is that to win this tournament as the parallels increasingly suggest, nay demand, they are surely going to have to overcome that whole ‘always getting absolutely thrashed by India in the World Cup’ thing.

India
Speaking of whom, Virat Kohli’s side continue to make entirely serene progress towards the last four. Are they playing at their absolute best? No. Has Shikhar Dhawan’s absence exposed some quite glaring flaws in the batting line-up? Yes. Does it matter? Absolutely not.

Three wins from their remaining games will secure top spot, and on Sunday they have the chance to leave England’s qualification hopes hanging by a thread.

Their bowling at the moment is just ridiculous. Mohammed Shami wasn’t even in the side at the start of the tournament and now has eight wickets for 56 runs in two games.

It took them until the England game to pick anything like a properly balanced team and they look infinitely better for it. Nathan Lyon’s absence until now looks utterly ridiculous, while adding Jason Behrendorff means a side that started the tournament with two proper bowlers suddenly has four plus the all-rounders Glenn Maxwell and Marcus Stoinis. Far more sensible.

They’re not perfect. Usman Khawaja and Steve Smith are both essentially cast in the Kohli/Root/Williamson role. Smith coming in at four with most of the overs already gone is sub-optimal use of one of the world’s best players. But it’s way less of a problem than when Shaun Marsh was also clogging up that middle-order.

Stoinis is probably a place too high in the batting order at six, but that can be easily solved because Alex Carey looks a place too low at seven.

The performance against England was a frighteningly complete one, and they are still the only side certain of a semi-final spot. Fun fact: Australia have never lost a men’s World Cup semi-final.

Babar Azam
Ten centuries in 68 innings and a cover-drive that should be framed and hung in the Louvre. The Kohli comparisons are massively unhelpful but they aren’t going away.

Babar’s hundred against New Zealand was the best individual innings of the tournament. In those conditions against an opponent of that quality in a match of such importance; this was a career-defining innings from a batsman who is the game’s next genuine great. If he isn’t already.

Shakib Al Hasan
What a nonsense of a tournament he is having. Still sits third on the tournament run-scorer list behind only Australia’s openers and now has the tournament’s best bowling figures to absolutely hammer home his status as the game’s pre-eminent all-rounder.

Six players have scored two centuries at this World Cup. Five players have taken a five-wicket haul. Imagine being in both those lists. A genuine hero.

Finch and Warner
For all that Australia now have a proper balanced line-up with a sensible number of bowlers, the cornerstone of their success at this tournament remains their opening pair. David Warner is the tournament’s leading run-scorer with a round 500; his opening partner and captain Aaron Finch is just a biff through midwicket behind on 496.

Their opening partnerships have amassed 642 runs at this tournament. India are second on that list with 312.

The 123 Finch and Warner added in outrageously tough conditions against England at Lord’s were the difference between victory and defeat.

The Stupid Tournament
Got away with it, haven’t they? Completely got away with it. One game away from it being a complete bust but now set to go right to the wire. With the added bonus of some absolutely classic Pakistan and even more classic England.

Of course, the fact that a couple of shock results saved the tournament from 20 meaningless games doesn’t suddenly make the format a good one any more than it justifies the shameful reduction to 10 teams. But it’s far harder to argue that point now as the group stage reaches a thrilling climax, while those who disingenuously pushed for the 10-team World Cup can pretend it’s been great.

We’re stuck with this format now, so put ‘all cricket fans’ down in the losers section.

Liam Plunkett
There is no better place to be when things go tits up than outside the team, but it’s especially true in Plunkett’s case. It’s baffling why he isn’t an automatic selection. His wickets in the middle overs have been a huge part of England’s one-day resurgence, and England have won all three of the matches he’s played in the tournament so far. Two of those wins – against South Africa and West Indies – owed at least as much to the bowlers as the batsmen. England have now lost three of the four matches he has missed. In two of those, Pakistan and Australia, England conceded totals in excess of par for the conditions while in the other, against Sri Lanka, England failed to grasp an opportunity to run through a fragile and vulnerable opponent.

Ben Stokes
Hereby excluded from any and all overblown condemnation of England’s failure to cope with any batting conditions short of ‘motorway’ having amassed 171/1 (and it would be churlish to hold the one against him) this week while his team-mates managed 249/19.

England fans must now face up to the very real fact that even their self-deprecating defeatist predictions have now proved wildly and arrogantly optimistic. There is now the very real possibility – close to probability – that England’s wait for a World Cup semi-final is now going to extend into a fourth decade.

What a mess. England were able to ride out the Pakistan defeat quite easily. There were still plenty of games left to get the points required for a semi-final spot, but it was also a game that England lost on their own terms. A high-scoring slugfest in which they happened to come up just short. It did not raise fundamental questions about their tournament ticker.

The defeats to Sri Lanka and Australia are not only more damaging for coming at the business end of proceedings but for the chasms they have opened in England’s seemingly impenetrable confidence in their methods.

England allowed Sri Lanka’s innings to drift up to 230 when a more ruthless bowling performance or team selection could have sliced 40 or 50 off that quite easily. Nobody cared at the time, so we profess to applying hindsight here, because the run-chase was still considered a formality. It still should have been, and it is the batsmen who will rightly bear the brunt of the criticism. But allowing an almost-heroically-out-of-form Angelo Mathews 85 runs because he was scoring them quite slowly proved enormously costly in the final analysis.

Against Australia, meanwhile, England were absolutely bullied – and that after winning a crucial toss in helpful conditions. There was a healthy slice of bad luck about England’s failure to take even one wicket with the new ball, but Australia showed later how bowlers can make their own luck. England targeted the outside edge, Australia targeted the stumps. A false shot against stump-bothering lines offers far fewer means of escape than it does against fourth-stump channel bowling. Or as Mikey Holding so eloquently and succinctly puts it: you miss, I hit.

There is, though, one desperately convoluted and potentially spurious reason to be cheerful for England. I firmly believe that if – a word doing a quite superhuman amount of carrying in this sentence – they can qualify from here they will almost certainly be in a better position to win the tournament than if they’d dominated qualifying and had, say, eight wins from nine.

In that situation, the pressure on the semi-final would be huge. England would have done nothing in a serene group stage to address the issue of their supposed vulnerability in high-pressure one-off games because they wouldn’t have had any.

Now, though, if England reach the semi-finals they will have almost certainly won consecutive games against their fellow semi-finalists under the most extreme of pressure. They will feel great.

The obvious flipside to this is that Sunday’s India game now poses all the same questions that everyone feared England would be unable to answer in a semi-final. If they weren’t going to be able to answer them then, why should they be able to do so now?

The reaction to the double setback has also been worrying. It’s harder and harder to deny that this World Cup has got firmly inside England’s heads. Eoin Morgan’s press conference after the Australia defeat was spiky to say the least and while it would be wrong to assume Jonny Bairstow’s views are representative of England’s dressing room as a whole his whinge about the pitches – which have been excellent – is of huge concern.

His broader point about the English media’s fondness for taking scythes to tall poppies has plenty of merit. However, like a football manager complaining about the fundamental ridiculousness of the away goals rule after a defeat, the timing of Bairstow’s comments makes them too easy to dismiss as just sour grapes.

Further, these worrying cracks in the façade after the games only accentuates the on-field impression. At times in the field against Australia England looked utterly lost. They deserve credit for the way they dragged the innings back towards the end, but it was still an alarming sight for a side that still fancied itself favourites for the tournament.

And with Jason Roy absent and Jos Buttler and Bairstow looking strangely insecure the famed batting power and depth has been catastrophically reduced.

Winning the World Cup would always have been a fine achievement. Now it would be a monumental one.

West Indies
Finally eliminated from the tournament a mere 27 days after their last and indeed only win. Fine margins.

This Column
What was all that shit about dead rubbers?