Cricket World Cup: Who can still qualify for the semi-finals and how can they do it? 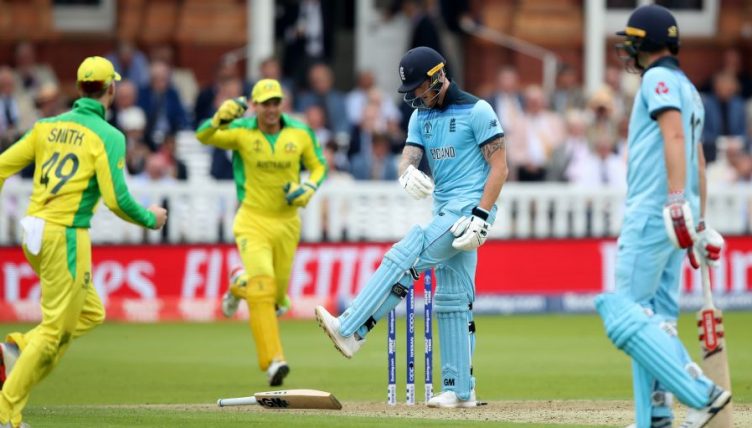 But who is who and what do they need to do? Find out below.

First of all, here are all the remaining fixtures and current standings. Right, here we go.

Current position: 1st, P8 W7 L1 Pts 14
Remaining fixtures: South Africa (July 6)
How can they qualify? They already have. Clever sausages. Australia have 14 points, a total that can be matched or bettered by only India. Maths fans among you will already have worked out this means the worst Australia can finish is now second. England’s win over India means that victory over South Africa in Australia’s final game of the tournament will ensure they finish top of the standings and face New Zealand in the last four. If they lose to South Africa and India beat Sri Lanka, then Australia will face England at Edgbaston in the final four. Australia won their group stage games against both England and New Zealand. Additional historical note: Australia have never lost a men’s Cricket World Cup semi-final.

Current position: 2nd, P8 W6 L1 NR1, Pts 13
Remaining fixtures: Sri Lanka (July 6)
How can they qualify? Finally certain of a top-four place after being pretty much certain for most of the last month. England’s win over New Zealand means they are also now certain of a top-two finish. Could still finish top if Australia come unstuck against South Africa. Winning the group would mean a semi-final against New Zealand at Old Trafford, second in the group would mean England at Edgbaston.

Current position: 3rd, P9 W6 L3 Pts 12
How can they qualify? Victory over New Zealand in their final group game not only guaranteed a top-four finish, but also confirmed that they will finish third.

That means a semi-final at Edgbaston that will probably be against India (see above). Hopefully with a lovely short boundary.

Current position: 4th, P9 W5 L3 NR1 Pts 11
How can they qualify? Now certain to finish fourth, despite losing three games in succession at the end of their group stage, due to Pakistan’s shameful failure to beat Bangladesh by an unprecedented margin in their final game. Will head to Old Trafford for their semi-final clash against, in all likelihood, Australia.