England injury scare as Roy limps out of Windies clash 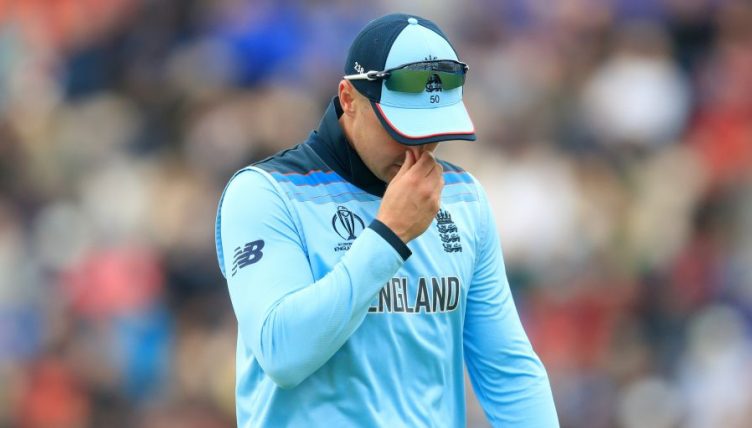 England will be made to sweat on the fitness of Jason Roy after the destructive opener pulled up with a hamstring injury during their clash with the West Indies.

Roy sustained the injury whilst chasing down a ball in the field – the key man then grabbing his left leg and appearing in obvious discomfort.

Fellow batsman James Vince replaced him in the field, and Roy played no part in England’s successful run-chase. Joe Root moved up the order to open and responded to the challenge with an unbeaten hundred.

The English Cricket Board (ECB) reacted quickly, confirming that Roy had felt “tightness” in his left hamstring.

Hamstring injuries have been a constant source of consternation for Roy, and if the severity of the injury is significant, English top-order plans will be firmly disrupted.

James Vince would be the obvious deputy within the squad but does not possess the same fearsome attacking threat as Roy, who smashed 153 in England’s victory over Bangladesh in Cardiff last week.

England’s problems were exacerbated when captain Eoin Morgan also left the field with what was later confirmed as a back spasm.

Victory over West Indies took England up to second in the table, and they would be confident of negotiating their next two games against Afghanistan and Sri Lanka even without such an important pair.

The intensity ramps up from there on, though, with England closing the league stage of the tournament with games against India, Australia and New Zealand – the other three teams currently occupying the semi-final spots.