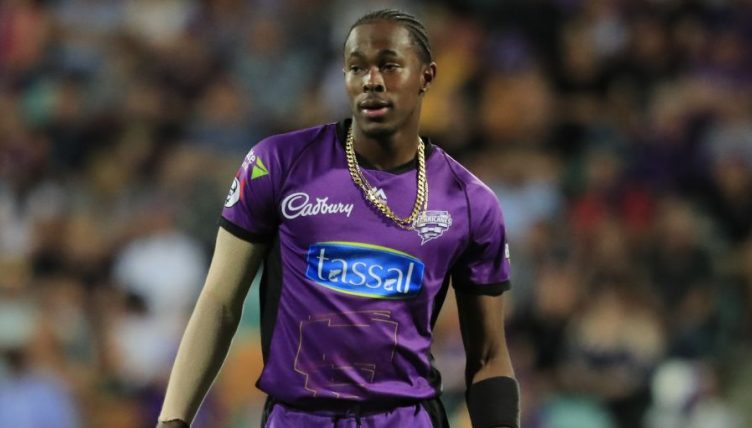 Jofra Archer is not in England’s 15-man World Cup squad. Yet.

The hosts and favourites have named their provisional 15-man squad with Archer not in the list. He and Chris Jordan, though, comprise a ‘plus two’ in the squad to face Pakistan and either or both could yet be drafted in when England confirm their final World Cup squad next month.

Barbados-born Archer became eligible for England last month after the ECB brought their qualification criteria in line with the ICC’s. reducing the seven-year residency requirement for those who came to England after their 18th birthday to three.

Archer, a proper fast-bowling proper all-rounder, has become a star on the T20 circuit after stunning performances in the Big Bash and IPL. With impeccable timing, he took 3/15 for the Rajasthan Royals – where he is a team-mate of senior England men Jos Buttler and Ben Stokes – against Kings XI Punjab.

We have named our preliminary 15-man squad for the @cricketworldcup!

Stokes has described Archer as “the most gifted bowler I’ve ever seen”. Stokes and Buttler are two men who certainly have the ear of England captain Eoin Morgan.

National selector Ed Smith left little doubt that the 15-man squad England have named is little more than a placeholder to meet ICC deadlines and that Archer and Jordan will have their chance to break in.

He said: “In line with ICC regulations, we have to name a preliminary squad of 15 for the ICC Men’s Cricket World Cup before April 23. However, all 17 players named in the Royal London ODIs against Pakistan can stake a claim to be in the final 15-man squad, finalised at the end of that series.

“The selection panel has been impressed with Jofra Archer’s performances in domestic and franchise cricket. He is a very talented and exciting cricketer.

“Chris Jordan, a regular in IT20 squads over the past few years, has continued to develop as a cricketer – as we saw in the IT20s in the West Indies. He fully deserves his return to the ODI squad.”

Elsewhere, there are few surprises in what is now a settled and successful squad where everyone knows their role. Alex Hales is the only specialist batting cover in the 15 but could – and has – slot in anywhere in the top five, while Joe Denly gets the nod as an all-purpose replacement who could in theory replace players as varied as Joe Root or Adil Rashid should some McGrathian mishap occur on the morning of a game.

David Willey, Tom Curran, Chris Woakes, Mark Wood and Liam Plunkett are all named in the squad but any one of them – or indeed Denly – could be vulnerable should Archer (or Jordan) stake an unanswerable claim on a place over the coming weeks.

England also named a 14-man squad for the ODI against Ireland and one-off T20 against Pakistan.

Archer is also in that squad and therefore has potentially seven international games between May 3 and May 19 to force his way into the final World Cup reckoning.