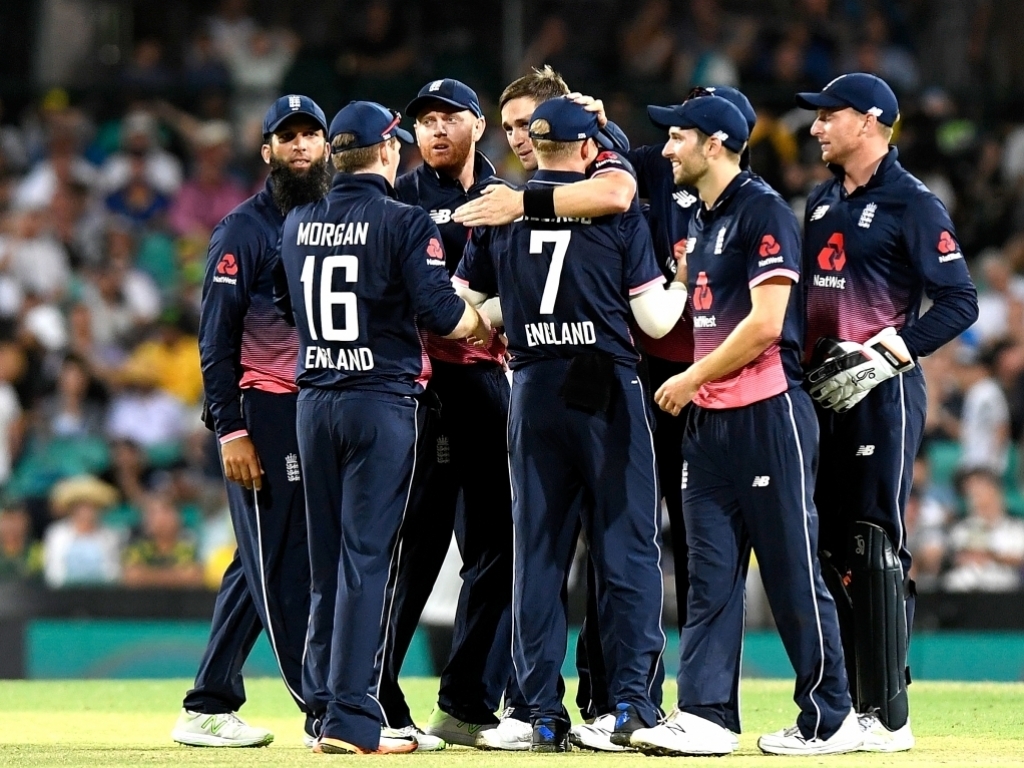 England have been installed as favourites to win next year’s World Cup after wrapping up a thumping 4-1 ODI series win against Australia.

The two teams are neck and neck in the betting, but most bookmakers now favour England after the convincing nature of their win on Australian soil. They have the world’s best ODI win-loss ration since Trevor Bayliss took over as head coach in 2015 and they are closing in on India’s world number one record. The World Cup is still some way off and fans should not get too carried away, but there are plenty of reasons to be positive about England’s ODI set up right now.

The Test team was dreadfully lacking in confidence, pace, aggression, determination and belief during the Ashes drubbing they suffered at the hands of Steve Smith’s men. But a dark cloud was lifted when the white ball specialists came in and revitalised the camp for the ODIs. Liam Plunkett and Mark Wood brought the pace and aggression that was lacking, and Adil Rashid offered dangerous spin. Jason Roy and Jos Buttler excelled, and Joe Root – freed from the burden of captaincy – was on fire. Eoin Morgan’s leadership is strong, and he is blessed with a talented, settled and experienced group of players.

There is every reason to think England can go on and triumph at the 2019 World Cup, not least because it is being held on home soil. That always gives the hosts an advantage, as they are used to the conditions and backed by vociferous home support. It is no coincidence that the home team has now won the Ashes in seven of the past eight series. But England are also bursting with talent, while their rivals are all faltering. Australia remain dangerous, but England had their measure Down Under and would have a psychological edge going into a World Cup clash. The also do not travel well and cannot seem to translate their Test supremacy into limited-overs dominance, as they continue to leave out Nathan Lyon and miss the injured Chris Lynn. India will always be a threat, but England should feel confident at taking them down in front of their home fans.

First up they head to New Zealand for another five-match series, starting later this month. Odds for the match will be offered by BetDSI, so review them first, and England to win again looks like a good option. New Zealand are fourth in the world rankings, just a point below England, having leapfrogged Australia. They too are in excellent form right now: in their last two series, they have whitewashed Pakistan and the West Indies. Captain Williamson is one of the best batsmen in the business, while Trent Boult and Mitchell Santner lead a ferocious attack, so they are not to be taken lightly by any means.

It should prove to be a cracking series as both teams have great momentum and both are full of confidence, but there can only be one winner. A whitewash for either team is unlikely and it should prove to be a tight affair. New Zealand are ranked fifth favourites to win the 2019 World Cup, behind England, Australia, India and South Africa, and that is probably a fair reflection of their overall quality. They made it all the way to the final in 2015, losing narrowly to Australia, and they remain a dangerous team. But if England match the intensity, vigour and determination that defined their ODI series against Australia last month, they can scrape a famous series win. Whoever wins will maintain superb momentum, while the loser’s confidence will be knocked, so a great deal is at stake and it promises to be a fascinating clash between two teams at the top of their game.