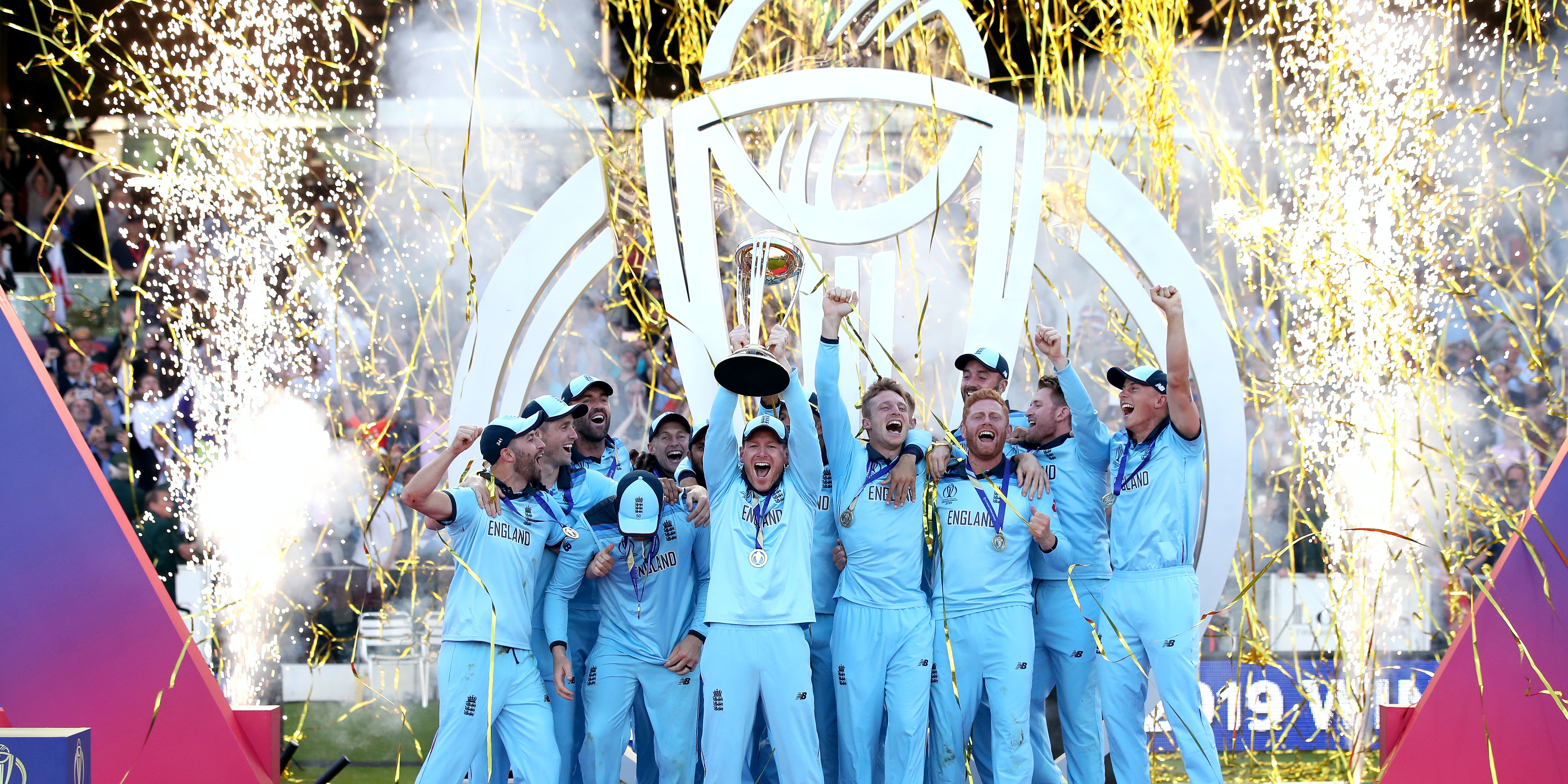 Packed playing calendars and the onset of social distancing means England’s World Cup winning squad are unable to toast the anniversary of last year’s unforgettable Lord’s victory in person, but captain Eoin Morgan plans to get the gang back together sooner rather than later.

July 14, 2019 is destined to go down as one of English cricket’s most famous dates, not just because it ended 44 years of chasing the sport’s biggest global prize but also for the unbelievable manner in which the final unfolded.

Tied with New Zealand after 100 overs of the tightest cricket imaginable, capped by Ben Stokes’ astonishing, drama-filled chase, the sides could not even be split by a historic Super Over.

In the end it was the already abolished curio of boundary countback that rendered Jos Buttler’s run out of Martin Guptill as the decisive act of a finale that reached the highest cricketing audience in a generation thanks to a late free-to-air arrangement.

England’s team of 11 heroes, plus their four fellow squad members, celebrated long into the night at the home of cricket and reconvened for a lap of honour at the Kia Oval after minimal sleep.

But circumstances in the intervening 12 months have kept them from reliving their greatest moment together – something Morgan is eager to put right as quickly as possible.

“One thing we’ve found unbelievably challenging is that we haven’t been able to get the whole group of players, that squad of 15, together since the day after the World Cup final but it’s on the agenda,” said Morgan.

“I’d like to think it won’t take us until the 30th anniversary! The aim is to do it sooner rather than later, to have a dinner, a bit of a party where we can get friends and family and all the players and staff together.

“Given any excuse I love to celebrate, it’s an important thing to do. Going through the highs and the lows of that four-year period is something that all of us will have until the day we die, and we should try to share that with a lot of people because winning World Cups isn’t easy and doesn’t come around very often.”

Six of the World Cup winners – including Stokes, Buttler, Joe Root and the man who delivered in the six-ball shootout, Jofra Archer – will raise a glass to the triumph from inside their latest bio-secure Test bubble at Emirates Old Trafford.

Morgan and seven others will be getting together soon to prepare for a one-day international series against Ireland meaning only Liam Plunkett, who boasted a 100 per cent record in the tournament and took three wickets in the final, will need to dig out his Three Lions shirt for the reunion.

As for the captain himself, he used the coronavirus lockdown as an overdue excuse to take in every last detail of his crowning achievement.

“Obviously the last four months has been a bit of a challenge but that’s actually allowed me to watch the final,” he said.

“It’s allowed me time to sit back and actually enjoy it for the first time. I suppose I haven’t had it before on DVD or computer from start to finish, the full production, but now I have it I’ve watched it three times and it’s been an incredible day to sit back and watch.

“It’s still tense throughout the whole day every time I watch it. Looking back at, the ebbs and flow of the game, is a privilege. The harder you work for something the better it feels after. The final is actually bigger than cricket and propelled as one of the highlights of a sporting day ever in British history.”

While Morgan’s reputation has rocketed within the game since he joined the ranks of Bobby Moore and Martin Johnson among English sporting skippers, it has also seen him become a more familiar public figure than at any previous point in his 16-year professional career.

“I think that the profile of the game has lifted quite substantially, just going off the back of people coming up to me in the street or in a pub or a cafe,” he said.

“When we go on holiday there will be someone who flicked over to the game, or who heard someone shouting next door and wondered what they were watching. It was just a celebration of sport and people obviously love it when we win trophies.

“People recognise me more. I’m very comfortable with that.”