Everything you need to know about the Cricket World Cup 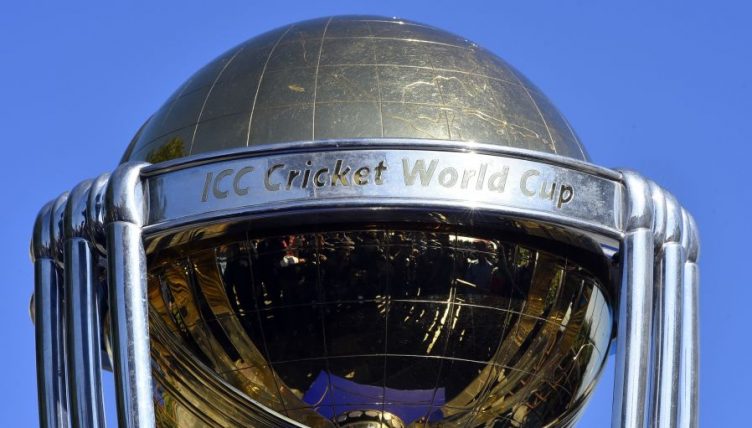 Everything you need to know ahead of the 2019 Cricket World Cup. How and where you can watch it on TV or online, how many matches there are, who’s playing in them and who’s going to win the thing.

When does the 2019 Cricket World Cup take place?
The event kicks off at The Oval on Thursday May 30 as hosts England take on South Africa. There are 47 more matches after that all over England and Wales ending with the final at Lord’s on Sunday July 14. You can check out the full fixture list here.

What is the format for the 2019 Cricket World Cup, and how many teams are involved?
This is a controversial one. Despite – or more accurately because of – the startling strides made by nations outside cricket’s traditional cosy closed shop, the World Cup has this year been reduced to just 10 teams. It makes cricket’s version of the World Cup unique in shrinking rather than expanding.

Ten teams is the fewest teams at a Cricket World Cup since the 1992 edition in Australia and New Zealand. Nine teams took part that year, and this year’s 10 will play the same format: one big group where everyone plays everyone else before the top four shootout for the big prize in the semi-finals and final.

So which 10 teams have qualified?
Hold on there. ‘Qualified’ is a strong word. England got in automatically as hosts, which is probably fair enough. India, Australia, New Zealand, Sri Lanka, Pakistan, Bangladesh and South Africa got in for being ranked in the top eight at an arbitrary cut-off date. Only Afghanistan and West Indies can really be said to have qualified for the event having emerged from a thrilling yet infuriating qualifying tournament last year. Thrilling because the stakes were so high and the cricket so good, infuriating because only two of the sides present actually get to show what they can at a World Cup which – at the risk of repeating ourselves – is so, so stupid. Scotland were the side most cruelly denied – they have since gone on to beat England which almost nobody else has managed over the last few years – while the idea that Zimbabwe, Ireland, UAE, Netherlands, Nepal and more wouldn’t have added value to the final tournament is plain nutty.

Where are the 48 matches in the 2019 Cricket World Cup being played?
Eleven venues around England and Wales will host between three and six matches each, with the final at, obviously, Lord’s.

All the traditional English international grounds are present and correct, along with some smaller grounds more familiar to county than international spectators such as Bristol and Taunton.

Tentative plans for some games to be played at non-cricket grounds such as the Olympic Stadium were abandoned for being f***ing ridiculous.

You can read up on every single World Cup venue here.

Where can I watch the 2019 Cricket World Cup?
That’s obviously going to depend on where you are in the world. The following is a rough guide to the various TV deals around the globe…

There are also various online and mobile streaming options, again depending where you happen to be:

What will the weather be like for the 2019 Cricket World Cup?
Ha ha. It will be sunny, bright, gloomy, dry, wet, clear and cloudy. If we’re really lucky it might even snow.

What are the odds for the 2019 Cricket World Cup?
England have home advantage and a batting line-up that is making everyone stop and rethink just what is possible in 50 overs. They are the top-ranked side in the world, have become almost unbeatable in home bilateral series and have been worthy favourites for some time. Which is a bit mad given their long and proud history of making an absolute bollocks of World Cups.

India look by far the likeliest side to stop them, while Australia have won four of the last five World Cups and look to be coming good at just the right time. At this point, everyone is legally obliged to point out that you can never write off New Zealand in a major tournament even though they never actually win major tournaments.