Four Englishmen named in ICC team of the tournament 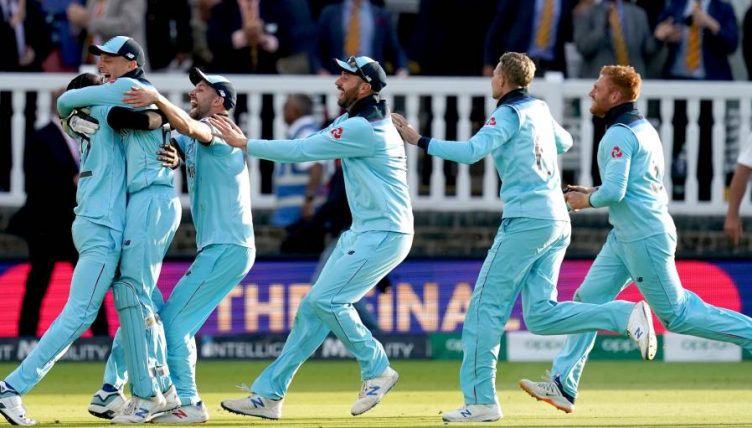 As the tournament concluded in spectacular fashion in Sunday’s showpiece final, all that remained was to determine which players would be honoured with selection to the tournament’s best XI.

The list comprised six men from the two finalists with four Englishmen and two New Zealanders, as well as two Australians, two Indians and a sole Bangladeshi selection.

England never looked more vulnerable than when the destructive opener was absent. He amassed three half-centuries on his return and his partnership with Jonny Bairstow went from strength to strength. Between them, they achieved six opening stands of 100+ runs in the tournament.

Jason Roy and Jonny Bairstow, the first pair ever to have 4 100-plus stands in a World Cup #CWC19 #ENGvAUS pic.twitter.com/DMraWrCKbz

Lead the tournament in runs (648) and became the first batsmen to score five centuries at a World Cup. A rock at the top of the order and needed to be with India’s suspect middle-order only truly being exposed in the semi-final. Came close to surpassing Sachin Tendulkar’s record for most runs in a single World Cup (674) before falling agonisingly short in the semi-final.

The ultimate professional. A credit to his nation and the role of captaincy alike. Williamson lead a team with far inferior resources beyond the likes of Australia and India and as close to victory as you can ever come without achieving it. Unflappable with the bat; rescuing New Zealand mid-collapse on multiple occasions. Named man of the tournament.

Not the final he would’ve hoped for 7(30) but without his calming influence and stability, England would never have made it that far. His selfless style of play allowed those around him to shine and World Cup glory will surely do no end of good for England’s Test captain with the Ashes now moving firmly into focus.

A statistical juggernaut. The only player ever to take 11 wickets and score 600 runs in a World Cup. Almost single-handedly reclassified Bangladesh from perennial underdogs to worthy contenders. Would’ve been a genuine contender for player of the tournament had Bangladesh reached the knockout stages.

A heroic effort in the final book-ended an inspirational tournament for England’s number one all-rounder. Guts, determination, resiliency, even the spectacular, Stokes produced a little bit of everything in this World Cup. When the going got tough in the latter stages of the group phase, Stokes was the one man to consistently stand tall with the bat. Thoroughly earned his place in English cricketing folklore.

The best performing keeper-batsmen of the tournament. His fireworks were often needed with the uncharacteristically slow pace of David Warner and middle-order plodding of the likes of Usman Khawaja and Steve Smith. Often came in to bat a spot or two too low in the order, an issue that will surely be rectified in Australia’s post-World Cup evaluation.

Surpassed Glenn McGrath’s record (26) of most wickets in a single World Cup with 27. The left-armer terrorised batsmen with his trademark pace and delivered what was perhaps the ball of the tournament, demolishing fellow team of the tournament alumni Ben Stokes’ stumps with a vicious yorker at Lord’s.

Oh, how ridiculous the debates of “Will he disrupt the team ethos?” seem now. Two months ago Archer had never played an ODI. Fast-forward to the final and the 24-year-old had impressed so much that he was entrusted with bowling the super over. Not even a first-ball wide and an ensuing six could rattle the Barbadian-born seamer, as Archer rescued a situation that looked dire with New Zealand requiring just 7 runs from 4 balls. Became the first English bowler to take 20 wickets at a World Cup and his inclusion in the Ashes squad is surely now a mere formality.

The perfect first change after the new-ball exploits of fellow toe-cruncher Trent Boult. Ferguson regularly steamed in to bowl at speeds well over 90mph and accounted for the second most wickets by a bowler in the tournament. His mix of slower balls, yorkers and devastating bouncers kept batsmen guessing as his exploits spearheaded New Zealand to a second consecutive final.

An extraordinary economy rate of 4.41 given the bulk of his overs are bowled at the beginning and end of the innings. The ultimate death bowler – Bumrah frustrated opposition batsmen with his blend of slower balls and laser-accurate yorkers. It is perhaps the biggest compliment that many batsmen chose to see off Bumrah in a circumspect manner despite the obvious talents of bowling partners Bhuvneshwar Kumar and Mohammed Shami.