How a cutoff time managed to cut off all common sense 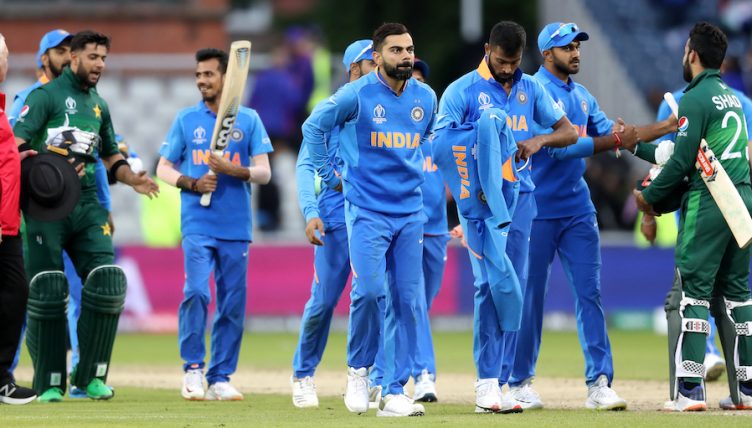 As Imad Wasim and Shadab Khan trudged out to the middle at 7:10pm on Sunday evening, every single person left inside Old Trafford must have been left completely perplexed.

India against Pakistan is without a doubt the pinnacle of cricketing rivalry. It has been for decades and will continue to be, and the game in Manchester was played on the biggest stage of all.

If all the talk prior to the tournament in England was about exposure and about showing cricket’s greatest competition in the best possible light in order to attract new fans and followers, then the last couple of hours will have done no good whatsoever.

The hype was very real: there were reports of demand for tickets that outweighed the supply ten-fold if not more. Sure, tickets weren’t cheap and the idea of getting the best possible value for money (and subsequently the most amount of play possible) seems logical, though even the most ardent of supporters will struggle to explain the farce towards the end of a yet another lop-sided fixture between the two great nations.

As somebody who was watching the television coverage, the fact that even the broadcasters were left completely in the dark (so to speak) says everything you need to know.

A package was abruptly interrupted as Ian Ward had to try and explain to the viewers at 7pm that the teams would be re-entering the field in ten minutes time.

So the 200 or so remaining fans would at least get to see a quick five over run chase. Except they wouldn’t, effectively, because Pakistan needed 136 to win off 30 balls, and they were six down.

At 18:57, the Guardian’s live blog of the game described the ‘most likely outcome’ as ‘umpires Oxenford and Erasmus pulling the pin’. Two minutes later, the restart was announced.

The best possible outcome from the situation would have been that India wrapped up a deserved win and all 13 players got themselves off the field without harm – and that did happen, but what if it hadn’t?

The outfield looked greasy and slippery at the very best and dangerous if being cynical, with the cricket on display in those final 20 minutes matching perfectly.

#INDvPAK 5 overs to play from a 7.10pm resumption.

Absolute JOKE!!!
This makes a complete mockery of the game.
Just abandon it and give #TeamIndia the points.#CWC19

KL Rahul put down Shadab at deep midwicket off Chahal and then Bruce Oxenford called a no-ball on Bumrah when he was comfortably behind the mark.

Mercifully, the game ended with Paksitan 212 for 6 and India winning by 89 runs via the DLS method. Ultimately though, the scorecard won’t tell the full story of what was a pretty pointless end to what was meant to be a wonderful occasion.

The counter-argument to that stream of consciousness is that rules are rules and they are in place for a reason, but an acceptable response is that nobody seemed to know exactly what the timings were.

That is where the state of utter confusion came from: cutoff times should be pre-determined and everybody, especially the broadcasters, should be aware of them. Instead, they had essentially packed up.

In ‘The Debate’ which followed later in the evening, Bob Willis and Shaun Pollock tried to make sense of it all but couldn’t, with the former England pacer taking a typically critical stance at the way the end of the game was overseen.

Aditya Anchuri pretty much summed it up perfectly: “After all these years, the game retains the old-school quintessentially British mentality about it. A pointless 5 overs without any rhyme or reason.”

Cricket, I love you… but god, you are stupid! #IndvPak #IndvsPak #IndiaVsPakistan #CWC19

And that is the key point here. The rules are there for a reason of course, and on most occasions the cutoff time will serve its purpose adequately and will add something to the determination of the outcome.

However what we all saw on Sunday was stubbornness for the sake of stubbornness. Commonsense should have prevailed over a set of ambiguous guidelines.

After all, this is cricket’s biggest tournament in the place where it all began. We cannot afford to have situations where even experts of the game cannot explain what is unfolding before them.