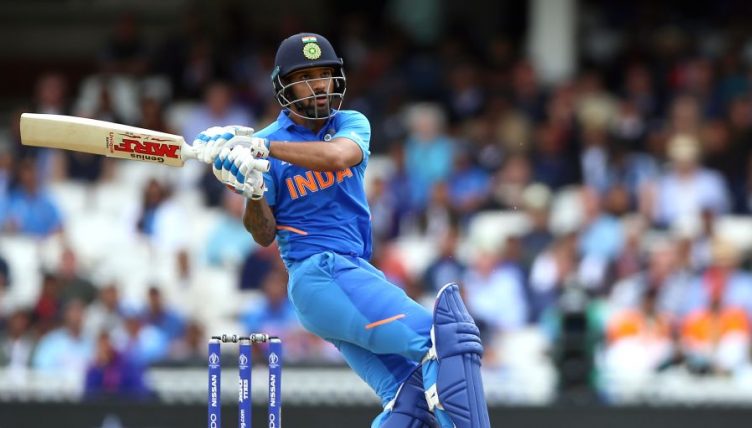 India’s previously serene World Cup progress has hit its first bump in the road with reports suggesting opening batsman Shikhar Dhawan has been ruled out for three weeks with a thumb injury.

Dhawan suffered the injury during his fine century in the win over Australia, and an absence of that length would leave the BCCI with a decision to make over his involvement in the tournament. A three-week absence would rule Dhawan out of games against New Zealand, Pakistan, Afghanistan, West Indies and England before a potential return for the closing group matches against Bangladesh and Sri Lanka and the knockouts should India qualify.

Will India, then, attempt to muddle through the next five games with a 14-man squad in the hope that Dhawan can return, or rule him out of the whole tournament by naming a replacement player?

Dhawan would be a huge loss for India given the importance of his opening partnership with Rohit Sharma to their whole batting strategy and his stellar record in ICC tournaments and in England. Sunday’s century against Australia was his third altogether in World Cup cricket, while he was the leading run-scorer in both the 2013 and 2017 Champions Trophies, which were held in England.

KL Rahul has opened the batting for India seven times in ODIs (3 v Zimbabwe, 3 v England & 1 v Afghanistan). In those seven innings he has scored 280 runs – with one hundred and two fifties – at an average of 56 runs per dismissal. #CWC19

KL Rahul would be a possible replacement opener from within the current squad, but such a move would reopen the debate over India’s troubled number-four position. Shreyas Iyer and Rishabh Pant would be possible call-ups in the event Dhawan’s injury prompts India to remove him from the squad altogether.

India currently sit third in the table having won their first two games and face New Zealand – the only other unbeaten side left in the competition – in Nottingham on Thursday before a Sunday blockbuster against Pakistan at Old Trafford.

Being Virat: How Kohli copes with fandom, genius and captaincy