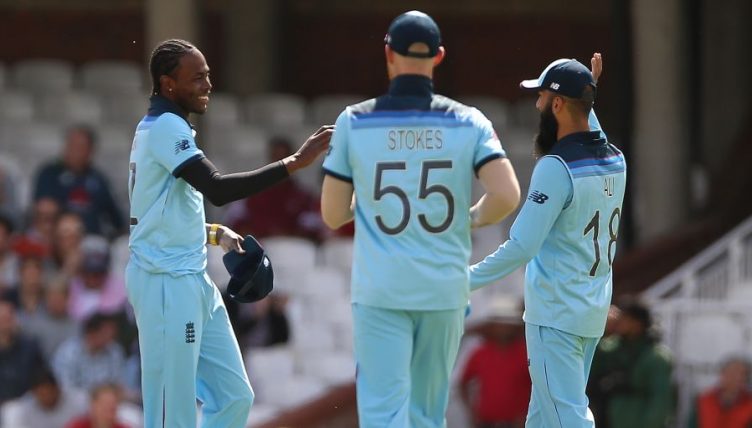 The 2019 Cricket World Cup is almost here, and it’s almost certain that someone will win it. But who? That’s the difficult bit, isn’t it? Will it be England, with home advantage and their amazing form since the last World Cup and all the batsmen they have now? Or will it be India with all their class and talent? Or will it be Australia again, the bastards having annoyingly got good again just in the nick of time.

It could even be South Africa, couldn’t it? Stranger things have happened. Anyway, the point is: we don’t know who’ll win it. But we do know who currently looks in best shape. Here are the form lines for all 10 (still annoying, that) World Cup teams…

Look at the numbers there. Look at that powerful form. From a running joke four years ago, England are ahead of everyone else by pretty much any metric you care to mention in this World Cup cycle. They’ve played more games than anyone else, won more games than anyone else, yet lost fewer games than each of their nine rivals. Their W/L leaves everyone else standing. They score bigger totals more quickly than anyone else. They’ve scored 340 or more in each of their last four ODIs (nobody else has ever done this). It’s not clear exactly how England will mess this up given their form coming into the tournament, but it’s going to be enormously exciting to find out. The words ‘semi-final collapse’ and ‘resurgent Pakistan’ could well figure.

Three straight defeats to lose that home series against Australia have dented the numbers somewhat, but they remain above a 2:1 W/L ratio which only England can match over the last four years. The warm-up defeat to New Zealand was a shocker, but India don’t really care for warm-up games. Nevertheless, be nice to actually, you know, win some games again and the dispatch of Bangladesh in the second warm-up was the ideal sort of thing. They remain worthy second favourites but there is cause for concern in their most recent form.

Absolutely nobody is talking about South Africa this time around, which is actually a bit weird when you consider those numbers. Perhaps their consistent and admirable commitment to making a bollocks of the World Cup when among the favourites is now so firmly ingrained in the cricket-watching conscience that nobody has even paused to consider that anything else is possible. As it is, they come into the tournament in form as good as anyone’s having won their last six full ODIs, dealt with Sri Lanka in their first warm-up and then enjoyed what batting they could between the showers against West Indies. While not being talked about is supposedly the only thing worse than being talked about, it could play right into South Africa’s hands. There’s no doubt weight of expectation – and the dreaded c word (not that one) – have hobbled the Proteas in the past. This could be their year. Except, of course, that by the time they’ve marched into the last four with an 8-1 record everyone will be talking about them again, and they’ll somehow lose ridiculously to Australia or some such thing in the semi-final. Great bunch of lads, the Saffers.

I tell you who could surprise a few people at this World Cup, says someone far duller than they realise, and that’s New Zealand. They’re my dark horses. I think they’ll do well. Yeah, nice one, mate. New Zealand always do well. They will do so again. Might well sneak into the knockouts. They will not win the tournament. None of this should, really, surprise anybody.

Can’t argue with that record. It’s rock solid. That tie that’s standing out all incongruous like in their last 10 results was against India. Every ODI they’ve played since then has been against Ireland or Scotland, which shows how far cricket still has to come to truly embrace its bright new hopes. The warm-up win against Pakistan was fully deserved and also thoroughly professional. The thrashing by England was fully deserved and a bit of a shambles all told. This, you’d imagine, will be Afghanistan’s fate in the tournament. They will win some games, they will get thrashed in some others. They’ll be good, they’ll be bad, but they’ll always be box office.

A better record since the last World Cup than Pakistan, Australia, Sri Lanka and West Indies and impressive undefeated winners of the Tri-Series in Ireland, where they won three out of three against the Windies. Would still, though, be something of a surprise to see them finish above any more than one of that aforementioned quartet (SPOILER: That one is Sri Lanka). They will finish eighth. Their kit is smart.

Look at them coming into typically Australian all-conquering World Cup form right at the very last minute. FFS. Five wins out of five against Pakistan in the UAE on the back of that ridiculous 3-2 win from 2-0 down in India, and suddenly that absolute shoeing they got in England 12 months ago looks a long, long time ago. They’ve won four of the last five World Cups, and a fifth in the last six has never looked more plausible at any time in the last four years than it does right now when it really matters. Utter, utter, utter bastards.

Classic Pakistan. Just as Australia’s return to form at the perfect moment is ideal preparation for them, so too is Pakistan’s descent into utter ineptitude. They’ve lost their last 10 ODIs before being well beaten by Afghanistan in their one non-abandoned warm-up clash. Therefore they are, based on everything we know to be true about Pakistan cricket, absolutely where they need and want to be. Ideally there will be a few more shambling defeats in the early stage of the tournament before they flick the switch, banter their way into the semi-finals on NRR with a 4-5 record and then crush it in the knockout games.

Look at how bad that record is. Marvel at it. Truly dreadful on an epic scale. And for all that they were very good in that series against England and for all that Andre Russell is back, back, back and for all that Chris Gayle has actually started whacking the ball even further with even greater frequency (he’s hit 44 sixes in his last five ODIs, which means even if you ignore all other runs – which to be fair he kind of does now – he’s still averaging 52.80 in that time) their recent record remains four wins against six losses. Yet they also smashed 421 against New Zealand in the warm-up game. They have crazy numbers of potential matchwinners. They also have two games at Trent Bridge. If they can somehow manage to smash and bash their way into the semi-finals, nobody will fancy taking them on.

Sri Lanka’s upcoming defeat to Afghanistan in the opening week of the tournament will be breathlessly billed as a shock and a giant-killing. It really shouldn’t.