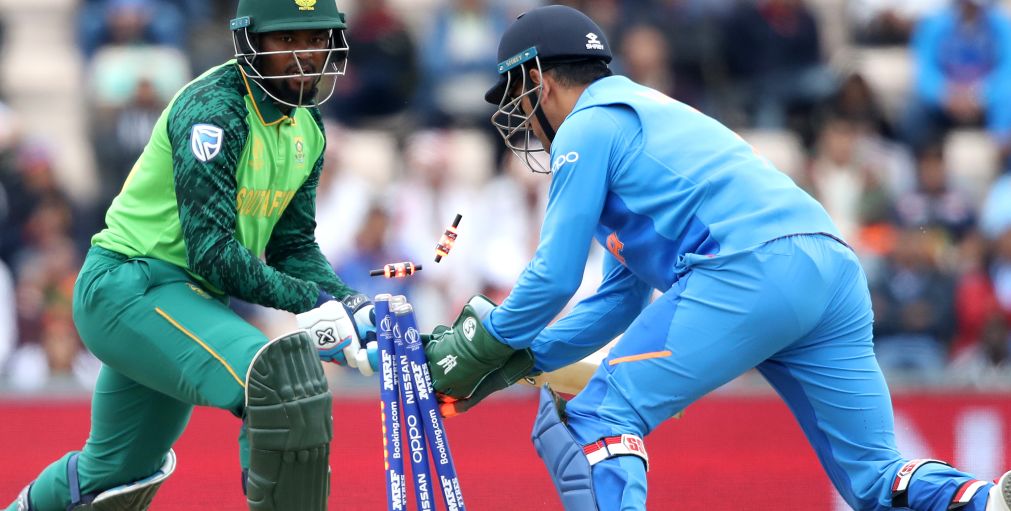 Indians everywhere have come out in a show of solidarity with MS Dhoni after the International Cricket Council ruled that the wicketkeeper must remove an army symbol from his gloves.

The symbol in question is known as the ‘Balidaan’ badge and depicts a commando dagger related to a special forces section of the Indian Army.

Dhoni is a member of the reserve force of the Indian Army and was awarded the honour of Lieutenant Colonel in 2011 – just the second Indian cricketer to receive the accolade after Kapil Dev.

The ICC say its regulations only allow for the manufacturer’s name to appear on a wicketkeeper’s gloves, but added that the player himself will face no charge.

Nevertheless, the ruling has predictably gone down like a lead balloon in Dhoni’s native India.

Indian Sports Minister Kiren Rijiju also took to Twitter to show his support: “The government does not interfere in matters of sports bodies, they are autonomous.

“But when the issue is related to the country’s sentiments, then the interest of the nation has to be kept in mind. I urge the BCCI [The Board of Control for Cricket in India] to take appropriate steps on the issue.”

BCCI Committee of Administrators chief Vinod Rai revealed that they would be “standing with our players,” and that “As far as the permission, we will appeal to the ICC about the use of gloves by Dhoni.”

We’ve not heard the last of this one…