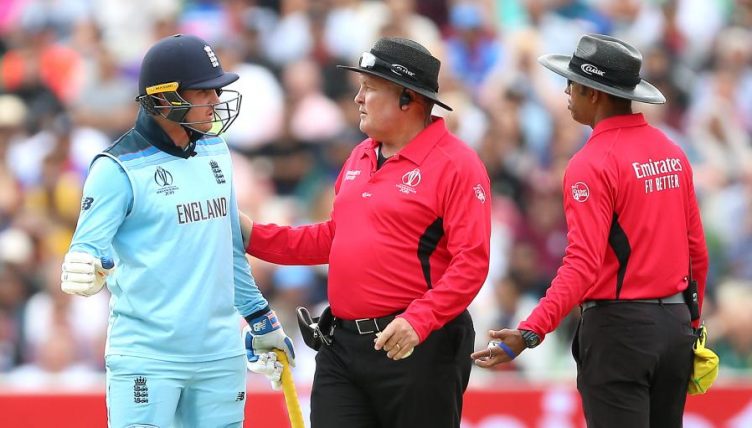 Jason Roy will be available for Sunday’s World Cup final after being fined and handed two demerit points but not banned for his show of dissent in England’s semi-final win over Australia.

Roy made a superb 85 to ensure England’s chase of Australia’s 223 all out was never in doubt, but was furious when adjudged caught behind off Pat Cummins.

Replays showed he was right to be aggrieved, with Cummins’ bouncer missing bat and gloves on its way through to the keeper, but there was no review available for Roy after his opening partner Jonny Bairstow had used it up challenging an lbw decision from Mitchell Starc.

Roy had one previous demerit point on his record so now has three. Four demerit points trigger a ban, so Roy will be available for Sunday’s showpiece at Lord’s.

The loss of Bairstow and Roy did little to derail England, with Joe Root and captain Eoin Morgan seeing the team home by eight wickets to set up a Lord’s final against New Zealand on Sunday.

Neither England nor New Zealand – beaten finalists four years ago – have ever won the men’s Cricket World Cup.