Kallis offers advice to the Proteas: ‘Be more like England’ 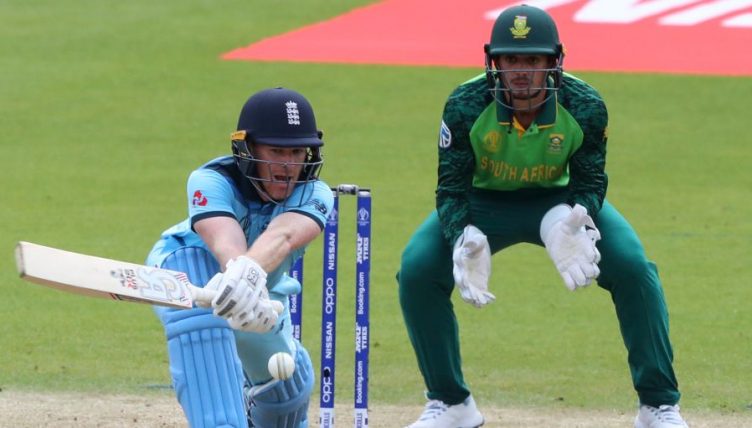 Jacques Kallis thinks South Africa need to “rebuild” their side and “change their mentality” just like England did after their 2015 disappointments.

The Proteas could only manage 259-9 in response to Pakistan’s 308-7, which led to their World Cup elimination on Sunday.

England suffered a first-round exit back in 2015 and Kallis thinks the South Africans can take heart from the way England – who are one of the favourites for the World Cup – have bounced back since.

“Four years ago, England were perhaps one of the lowest ranked teams in the world after really struggling at the World Cup in Australia and New Zealand,” Kallis told Sport24.

“However, they used the disappointment of their performances in 2015 to rebuild their team and totally change their mentality and approach to one-day cricket.

“England now play without fear and aren’t afraid to make mistakes. For me, South Africa have approached things too defensively at this tournament and they need to attack each match with much more positivity going forward.

“You don’t need to make wholesale changes, England are still captained by Eoin Morgan, as they were four years ago.

“Some will demand everything is changed but a total clean out is just not the way ahead, we need to be more considered and thoughtful.”