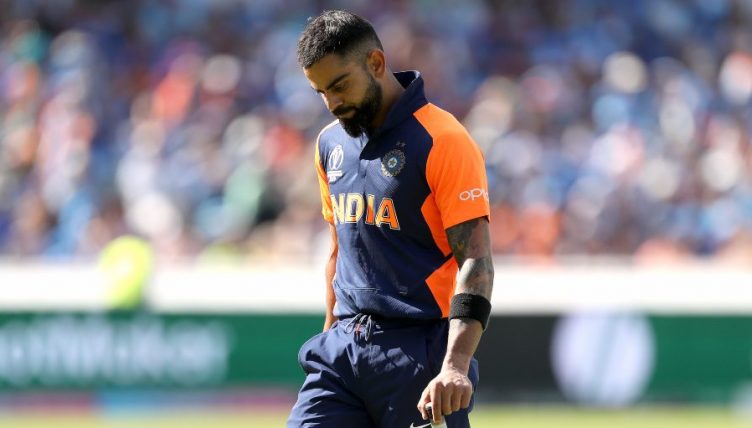 Virat Kohli backed his India side to bounce back from defeat against England but questioned the short boundary at Edgbaston.

England wrapped up a 31-run victory in Birmingham, when after winning the toss and choosing to bat, they piled on the runs to reach 337-7, which included 13 sixes.

Kohli later questioned the distance to one of the boundaries, and suggested it benefited England more than his side.

“The toss was vital, especially since the boundary was that short – the shortest you can have,” Kohli said. “It is bizarre on a flat pitch. It is crazy things fall in place randomly.

“If batsmen are able to reverse sweep you for six on a 59-metre boundary there is not much you can do as a spinner.

“One side was 82 metres. They had to be a bit smart in the lines they bowled, but you can’t do much with a short boundary.”

Despite the defeat, which leaves India needing to beat Bangladesh on Tuesday to make sure of their place in the top four, Kohli was not too concerned.

“Every team has lost a game or two here and there. No-one likes to lose but we have to take it in our stride,” Kohli added

“We have to accept it. We are still playing good cricket. The mood is the same in the changing room. We will learn from it and move forward.”