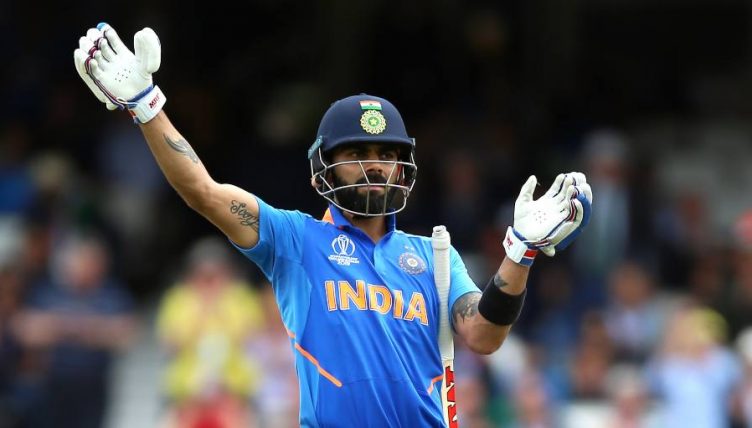 Virat Kholi hailed India’s performance as they overcame Australia with an impressive 36-run victory at the Oval on Sunday.

India, one of the favourites for the World Cup, put down a marker for the rest of the tournament with the victory, which was pretty much assured after they posted 352-5 off their 50 overs.

Shikhar Dhawan top scored with 117 runs, but was ably assisted by Kholi, who chipped in with 82 and Hardik Pandya, who smashed an entertaining 48.

It left Australia facing a World Cup record chase, but could not match India as David Warner laboured to 56 off 84 balls, while Steve Smith made 69.

“A top, top win for us – especially after losing the series (against Australia) in India,” Kohli said. “We had a point to prove to beat this side. They are playing really good cricket in the two games.

“We came with intent. The opening partnership was outstanding, I got runs, Hardik got runs, MS. It was the perfect game for us. We were very professional again and that pleases you as a captain.”