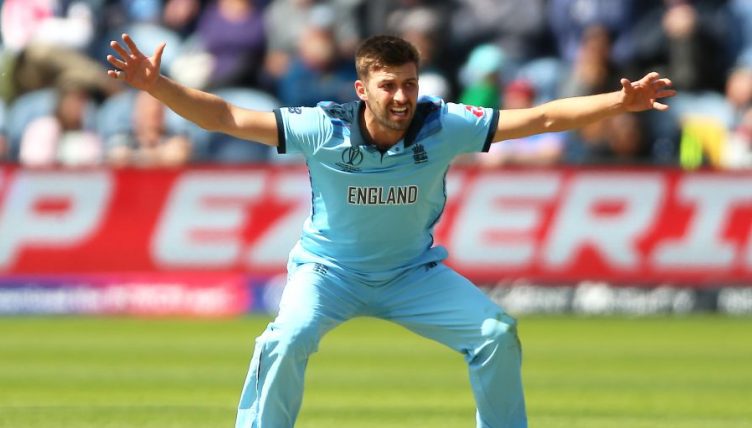 Eoin Morgan has revealed that England pace bowler Mark Wood will undergo a test on an ankle injury ahead of Friday’s encounter with the West Indies at Southampton’s Rose Bowl.

During his pre-match press conference, England captain Morgan explained that Wood had reported soreness in his ankle in the aftermath of their 106-run victory over Bangladesh on Saturday.

Wood is expected to undergo a final assessment on the day of the game [Friday], but is unlikely to be risked if the seamer continues to experience discomfort.

“Mark is going to have a fitness test in the morning,” said Morgan.

“It is nothing serious, he pulled up sore from the game in Cardiff and [he] is our only concern today. Jos Buttler (hip injury) is fully fit.

“We haven’t bowled for two days so it will depend on how he pulls up tomorrow and if it is still sore, we won’t risk it.

“It’s part of the plan, because they are fast bowlers. It will happen to other bowlers throughout the tournament. We’re well aware of that.

“We will have to manage them as we would normally, as we do with Chris Woakes if there’s back-to-back games. It’s not a problem, it’s just what happens.

“Moeen Ali is back with the squad (following the birth of his daughter) and the decision for the bowling unit will be between whether we go with four seamers like we did in Cardiff or if we go with two spinners.”

Should England opt for the four-seamer approach, Tom Curran may be called upon to make his tournament debut.

The South African-born seamer had been in impressive form on the eve of the tournament, taking six wickets in his three appearances in the five-ODI series versus Pakistan.