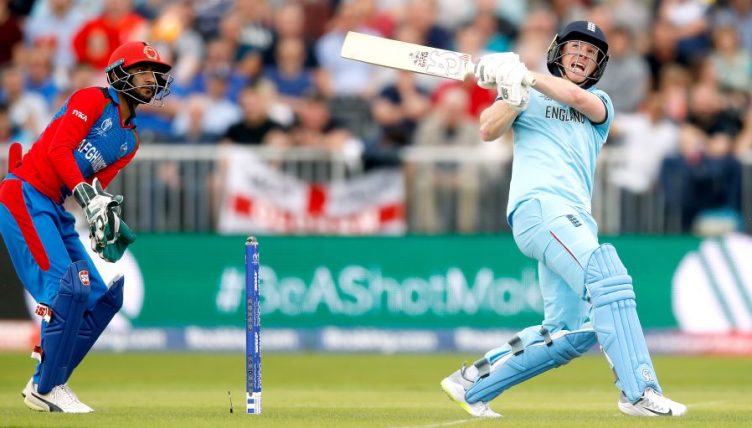 Eoin Morgan believes the last four years have been the best of his career and that he is peaking at the right time to deliver a maiden World Cup success for England.

The England captain was in imperious form as he bludgeoned a ferocious knock of 148 from just 71 balls in England’s dominant victory over Afghanistan.

The world record for individual sixes in an inning tumbled as Morgan’s tally of 17 surpassed the previous mark of 16, set jointly by Chris Gayle, AB de Villiers and Rohit Sharma.

Speaking after the game, Morgan was pleasantly surprised by the destructiveness of his innings, saying: “Never have I ever thought I could play a knock like that. I’m delighted that I have. All the work over the last four years, over the course of my career, it all comes to the front now.

“The last four years I’ve probably played the best in my career. But that hasn’t involved the 50- or 60-ball hundred.

“Coming at a time when it was a 50-50 shout whether myself or Jos went in probably helped that because after I’d faced a few balls I had no choice. I had to start taking risks because of him coming in next.”

The togetherness fostered by Morgan in the dressing room is a clear strength of England these days and the captain was in a jovial mood when speaking of the teams’ dynamic, saying: “I think I’m probably just becoming a target for guys in the changing room to take down. The hundred I scored is considered a slow one in our changing room, guys talk about it all the time. Tough school!”

England’s next encounter is with Sri Lanka at Headingley on Friday.

Victory for England will all but assure their progression to the semi-finals and virtually end Sri Lanka’s hopes in the same stroke.