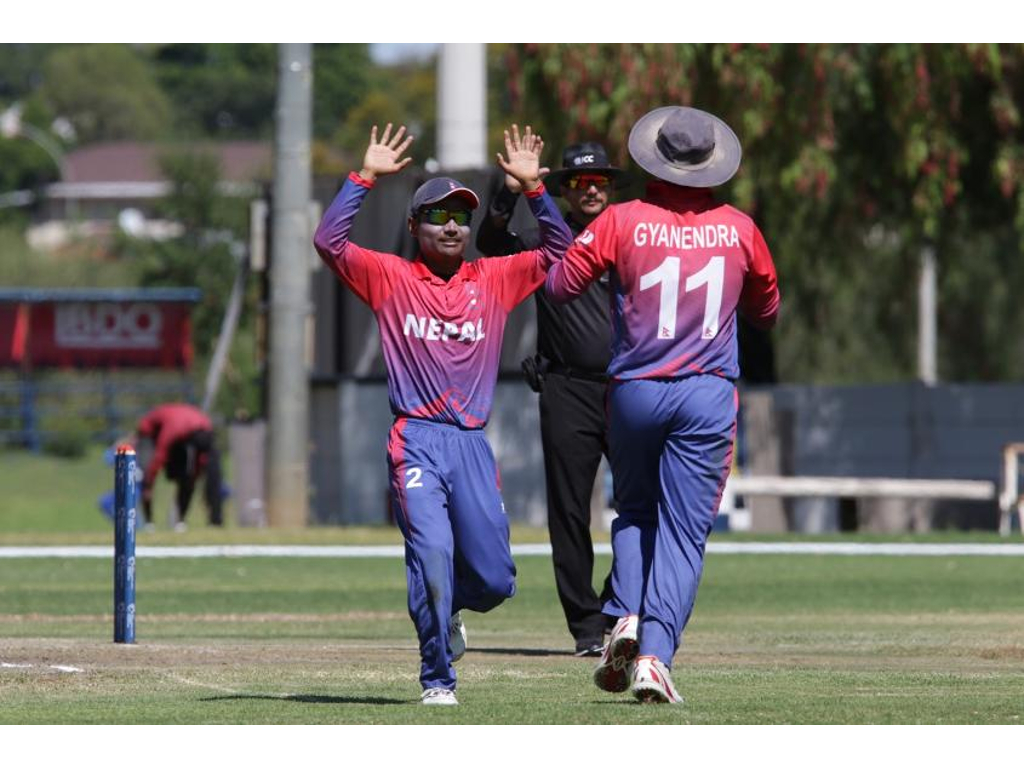 Nepal and the UAE have qualified for the ICC Cricket World Cup Qualifier 2018 in Zimbabwe after a thrilling finish to the ICC World Cricket League Division 2.

Nepal beat Canada in the last ball by one wicket in the closest of matches at Wanderers, as UAE narrowly beat Namibia by 19 runs to send both teams through to the ICC Cricket World Cup Qualifier in Zimbabwe.

It was jubilation for Nepal and UAE and heartbreak for Canada and Namibia. In the other match Oman beat Kenya by two wickets at the United ground.

Nepal secured their place in the ICC Cricket World Cup Qualifier after scoring the winning one run in the last ball with only one wicket remaining.

Canada who looked to be in pole positon with Nepal on 144 for nine, were heartbroken as the 51-run partnership between number ten Karan KC (42, 31b, 3×4, 4×6) and Sandeep Lamichhane led Nepal to the most unlikely victory.

Dilip Nath (41) and Rohit Paudel (27) had chipped in with valuable runs earlier in the innings, as the stand out Canadian bowler Cecil Pervez took three wickets 41 runs.

The ecstasy of reaching the @cricketworldcup qualifier! 🇳🇵

Inside the Nepal dressing room moments after they pulled off perhaps the greatest comeback in World Cricket League history to beat Canada by one wicket on the final ball! #WCL2 pic.twitter.com/ovQbLS1bnz

Earlier in the day, Canada’s Srimantha Wijeratne innings scored the majority of the Canadian runs (103*, 152b, 8×4). Hamza Tariq chipped in with an important 24 runs to get Canada to a total of 194 for eight in 50 overs. Basant Regmi was the stand out bowler for Nepal taking three wickets for 34 runs, with the Asian team now travelling to Zimbabwe for the qualifier.

Nepal captain, Paras Khadka gave his reaction at the end of the match: “I can’t speak, the last wicket made 50 odd runs, cricket is just a winner today. I feel for Canada, one in a million times you would win those games. Things have just worked for out for us, we have been working so hard for all these years and eventually it has happened for us, I am speechless.

“The fans back home are one of our biggest inspirations and we always thank them. We want to do well, and help Nepal cricket grow.

“We need to take all the positives from this tournament into the ICC Cricket World Cup Qualifier as it will be a different level out there.”

The UAE secured their spot in the ICC Cricket World Cup Qualifier, by defeating the hosts by 19 runs. Batting first and losing a couple of early wickets the middle order restored the innings scoring 247 runs for six wickets in their 50 overs. Shaiman Anwar (77, 59b, 5×4, 3×6), Muhammad Usman (59), Ghulam Shabbar (44) and Rameez Shahzad (33) all contributed with crucial runs, as JJ Smit was the pick of the Namibia bowlers with three for 57.

Gerhard Erasmus (58, 63b, 3×4, 2×6) was yet again the stand out batter whose attempt to get Namibia across the line was not quite enough. Craig Williams (54) and Lohan Louwrens (43) got the hosts in to touching distance of the winning target as the overs started to run out for the African side. 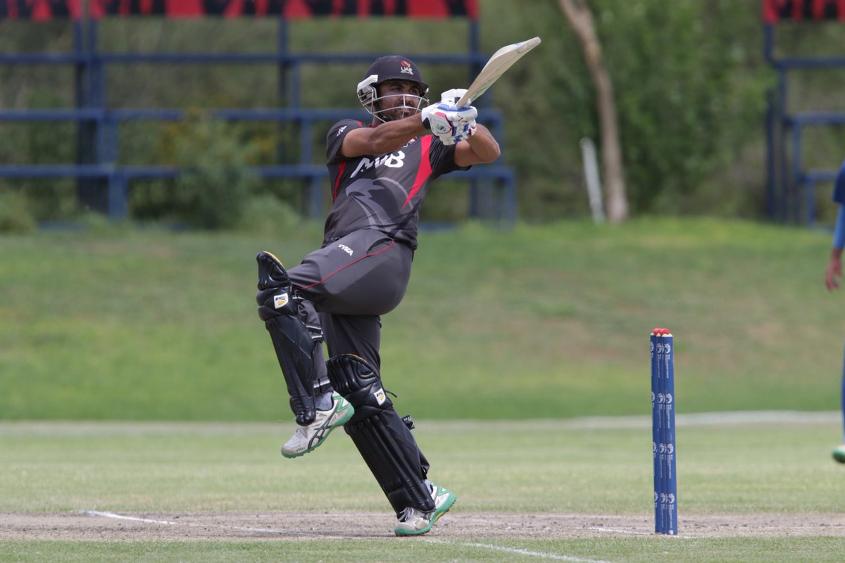 As the run-rate increased so did Namibia’s need to get runs, and the UAE bowling line up took full advantage taking wickets at crucial times. Amir Hayat (3-49), Ahmed Raza (2-30) and Rohan Mustafa (2-30) all chipped in with vital wickets as Namibia fought until the end losing by 19 runs.

The UAE captain, Rohan Mustafa said, “We have fought back after losing to Nepal, and worked really hard so I feel we deserve to be going to Zimbabwe. To score over 254 runs against Namibia, after we were 100-4, so much credit to the guys. The senior guys weren’t performing, but they have come back towards the end of this tournament and I need to congratulate them.”

Kenya batted first losing a flurry of early wickets in the other day’s match, Oman’s Kaleemullah took three for 25 runs putting the African side on the back foot. Rakep Patel put in a captain’s performance scoring 59 runs from 72 balls and getting Kenya to a defendable total of 200 all out. 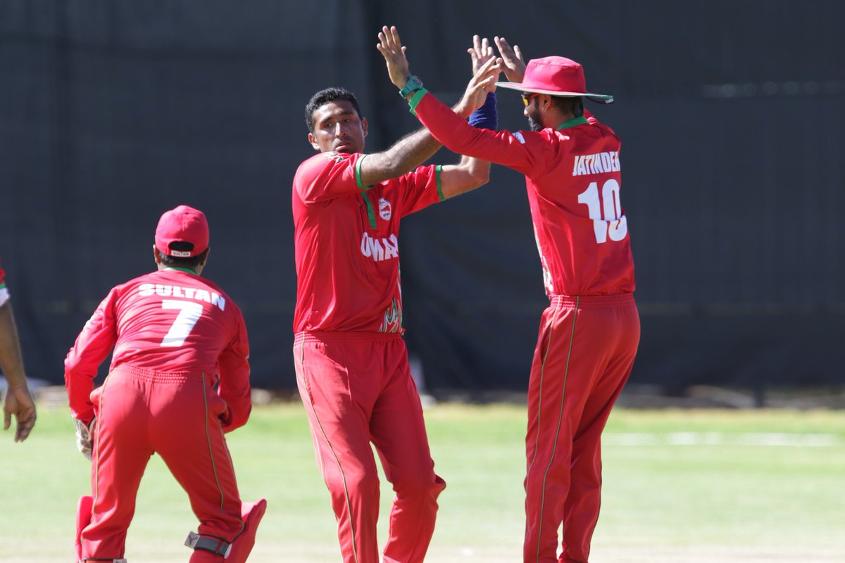 In a rain-affected game Oman managed to secure the winning runs with five balls to spare as they won by two wickets. Zeeshan Maqsood scored 58 runs in 33 balls including eight fours and two sixes which led the Asian team to victory, and sent Kenya to five losses in the tournament.