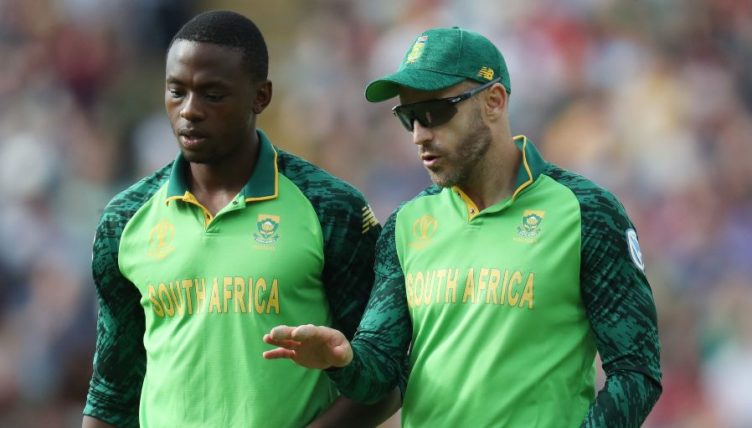 After a disappointing first three weeks of the tournament, the Proteas were dealt the final nail in their coffin on Sunday as they were beaten by Pakistan.

Sarfaraz Ahmed’s side won the toss and opted to bat first with Haris Sohail their key man as he fired 89, while Babar Azam chipped in with 69 to see them post a competitive 308-7 from their 50 overs.

Rabada has been a bit off colour at the World Cup so far and many have blamed his participation in the 2019 Indian Premier League.

“The plan was to leave [the IPL] early, but that didn’t work out, don’t ask me about any of that,” Rabada said. “To rest up prior to the World Cup, for obvious reasons like injury – to be fresh coming into an important tournament. Eventually I [did] come back earlier.”

On South Africa’s World Cup exit, Rabada added: “It’s not a great feeling. We are very disappointed. We tried so hard at practice and spoke about what we needed to do, but unfortunately we just couldn’t bring it out on to the field of play.

“We prepared and did our analysis but execution is the key. It is disappointing. Many lessons have to be learnt. At times we were unlucky, but at times we let ourselves down.

“We still had fun, [gaining] experience in England, playing in a tournament like this. We will definitely be back, firing, looking to nail some of the things we haven’t nailed in this tournament.”