Rashid slams Ashwin mankad: ‘We don’t play our cricket like that’ 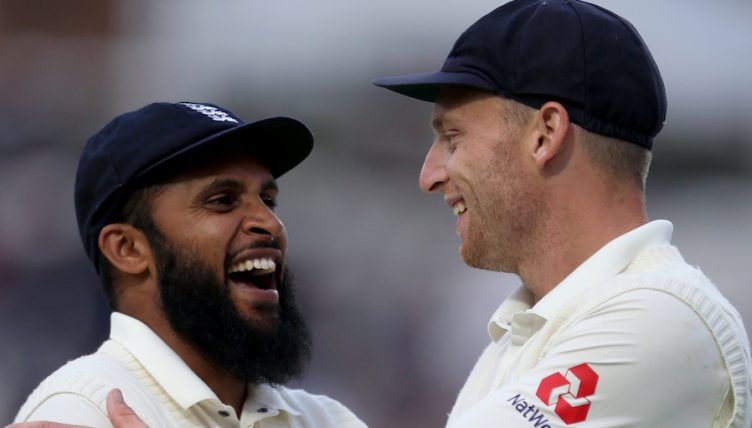 Yorkshire and England leg-spinner Adil Rashid has admitted that he would not like to see one of his teams involved in an incident such as the recent mankad involving Jos Buttler and Ravichandran Ashwin.

Mankads remain vanishingly rare in cricket but in spite of this – or arguably because of it – are among the most divisive things that can happen in the world’s greatest sport. There are absolute zealots on both sides.

Dave Tickner recently had his say on the issue, but obviously we brush him to one side for now in favour of somebody with a more qualified opinion. Just don’t tell him.

“That probably speaks for a lot of people as well out there, we don’t like to play cricket that way. By doing that, people might start calling you different names, they might start thinking differently about certain people.

“We stay far from that, we don’t get involved in that and that’s obviously their business whoever did that so it’s nothing to do with us. But we wouldn’t do it.

“Never ever has it crossed my mind to do anything like that [mankad], and I think if any England player did do that, I think they’d be in a bit of bother.”

Is it something that batsman need to be aware of heading into this summer’s Cricket World Cup? Rash doesn’t think so.

“Nah, that’s just commonsense sometimes. It’s not something we have to sit down and talk about or anything like that. There’s no analysing or going over the top with it, we keep it simple, because the batsmen out there have got enough to think about already.”

Is Adil surprised that Ashwin chose to do it?

“I’ve not really made any note whether I’m surprised or not surprised. I saw it and thought ‘OK, maybe he shouldn’t have done that’, but that’s up to him.

“If he thinks that’s within the limits of the game, the rules, then that’s up to him.”

Will it happen again? Maybe in a World Cup match?

“Maybe, maybe it might happen. There might be a change of rule from the ICC because of that situation but I have no idea, I don’t really look into that so much. It may happen, but hopefully it won’t.”

Looking ahead to the World Cup on home soil…

“It should be good. It should be exciting, I think we’re all excited, all the players and the England fans are really excited because it’s on home soil as well.

“We’re looking forward to it because we’ve got a good chance as well to go a long way with our team and with the squad that we’ve got.

“It’s exciting when you play against anyone whether it’s the World Cup or not, or if it’s in a stadium against a certain team, it’s just another game. We take it a game at a time, you can’t be thinking too far ahead.

“All the great players will be coming together, so it’ll be good to watch.”

Does he remember the last time the tournament was held in England, back in 1999?

“Yes I do remember it, I was probably 11 years old, but I remember bits and bats of Australia and India and Pakistan. Obviously to be a part of it in England, it doesn’t happen often.”

Rashid also offered an update on the state of his fitness on the back of a troublesome shoulder injury.

“I’ll be back hopefully in a couple of weeks. So hopefully by the time England start the Pakistan series I’ll be raring to go.

“I’ll probably miss the first two Championship games [through injury], but I’ll hopefully be back in time for the One Day games we’ve got.”

“I’ve signed a central contract with the ECB, so when I have to play Championship cricket I’ve got to play, so if I’m selected I’ll play.

“Probably a year ago it was a bit like ‘What am I doing, what am I not doing?’ but things have changed since then, I’ve got an ECB contract until September so we’ll see what happens.”

On Yorkshire’s aims for the upcoming season…

“Every year I think we can challenge for everything. In the Championship and in Twenty20 cricket we aim to take the competition seriously and not just rely on one competition.

“I think we have a squad that can compete on all three fronts, obviously it’s going to take a lot of hard work and a real squad effort but I believe we can challenge in all three competitions.”

Yorkshire could once again be the benefactors of their academy production line, with the likes of Harry Brook, Josh Shaw, Jack Shutt, Jared Warner, Matthew Waite and Jordan Thompson among those tipped for success with the White Rose.

The key, Rashid says, is that they get opportunities.

“There’s a few young players to look out for this season. We’ve got Brook coming through, Fish [Matthew Fisher] has been around, Shawy [Josh Shaw] has been around and Tatts [Jonny Tattersall] has come through.

“There’s a lot of youngsters, I can’t really name them all, but we’ve got quite a few so hopefully they can break through and get opportunities.”

Could Brook, a 20-year-old top order batsman, follow in Joe Root’s footsteps and one day play for England?