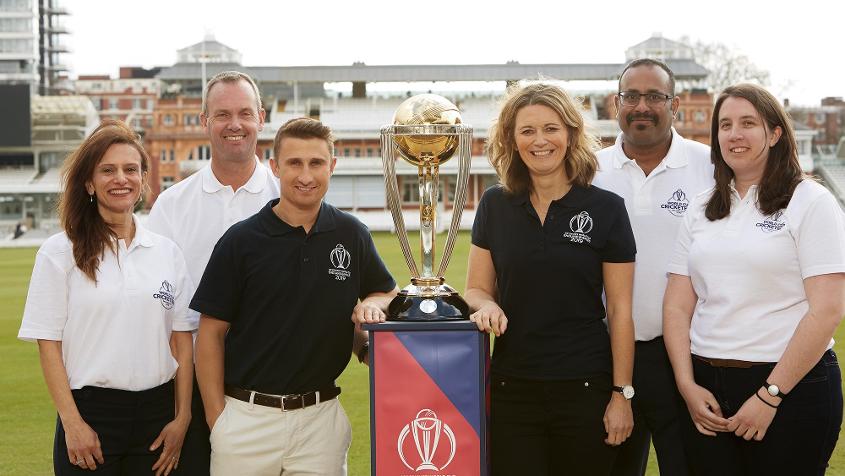 The ICC Cricket World Cup 2019 is presenting a record number of volunteers with the chance to be part of one of the biggest sporting events in the world after applications to be a World Cup Cricketeer went live.

The World Cup Cricketeers will be made up of 4,000 volunteers who will be the faces of the tournament, showcasing the values of cricket as well as welcoming the world to England and Wales when the ICC Cricket World Cup returns for the first time in 20 years.

With over one million people expecting to attend matches and World Cup activations in England and Wales next summer – and a further 1.5 billion watching around the world – the ICC World Cup 2019 team are looking for enthusiastic volunteers to deliver an exceptional ICC Cricket World Cup 2019 for both fans and players.

Across eleven host venues and cities the volunteers will play a key role in the delivery of the six-week tournament with a range of roles, including transport, spectator services, accreditation, way-finding and fan-zones.

Recruitment will begin on 3 May through an online application process and will conclude on 15 June. The programme features a dedicated interview process followed by comprehensive training for successful candidates.

Steve Elworthy, Managing Director of the ICC Cricket World Cup 2019, said: “The World Cup Cricketeers programme will show the diversity of cricket as a global game. We want to engage with all ages, genders and communities and build on our impressive numbers of recent tournaments.

“The UK has a fantastic volunteer network which we hope to tap into. A successful tournament cannot be run without our ‘World Cup Cricketeers’ and we hope to welcome many new members to the ever-growing Cricket family.”

ICC Cricket World Cup winner Charlotte Edwards and former England star James Taylor will be the faces of the World Cup Cricketeer programme. The duo will be attending interview days and training sessions to pass on their knowledge of playing in a sporting event of this scale.

‘There is no better chance to be the face of a global tournament in England and Wales and with that comes a unique opportunity to play an important role in the biggest event in cricket.”

Charlotte Edwards, Official World Cup Cricketeer ambassador, added: “As a player you always highly appreciate the work that the volunteers do to provide a platform for greatness on the field of play – without a dedicated team of volunteers the tournament wouldn’t be a success.”

Candidates must be available for a minimum of three shifts across the tournament and available to attend training sessions in the run-up. Applications to be part of the World Cup Cricketeers team can be completed here.