Seven of the most memorable Cricket World Cup semi-finals ever 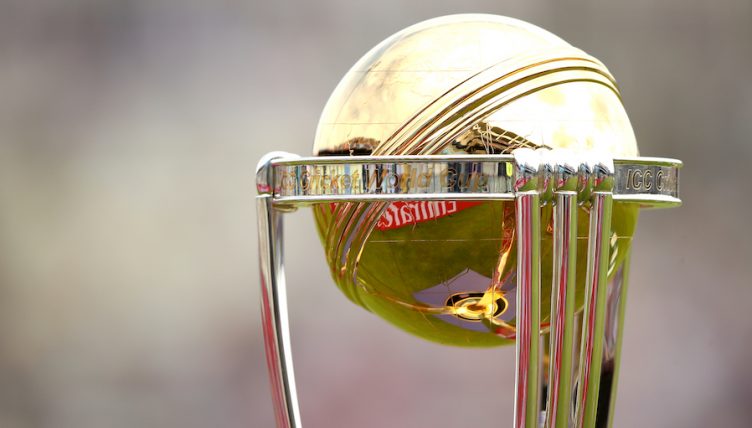 World Cup fever has gripped England, with four of the traditional powerhouses of cricket ready to do battle in the semi-finals over the next few days.

For the host nation hopes have once again been raised; turmoil during a period of the group stages that threatened their very existence in the knockout stages now forgotten.

This has in truth felt like a home tournament for India meanwhile due to the raucous nature of their support, while Australia for large parts have found life in England very comfortable once again.

New Zealand are the wild cards heading into the semi-finals off the back of three defeats, but there will be hope over 11,000 miles away that they can rediscover that early tournament form.

We all wait with baited breath and the anticipation of more classics, but here we take a look back at seven of the most memorable Cricket World Cup semi-finals ever…

With the other semi-final a day earlier having been awarded to Sri Lanka due to a rioting crowd, it would have been fair to expect the second semi to be a little less frantic.

However, it wasn’t. An Australian side known for never being beaten, they recovered from 15-4 to post a just-about-respectable 207-8, in large part due to a combined 172 from five, six and seven in the order – Stuart Law, Michael Bevan and Ian Healy.

The 2015 World Cup was a memorable one for New Zealand even if they have forgotten the final, and their semi against South Africa was probably the best moment.

The Kiwis were set a daunting 298 to win in 43 overs following a rain interruption, and despite Brendan McCullum’s 59 off 26 they looked like they were going to fall short at 149-4 in the 22nd over.

Step forward Grant Elliot and Corey Anderson, whose partnership of 103 set the stall for a grandstand finish, and Elliott thumped Dale Steyn into the crowd to give New Zealand their first ever appearance in a World Cup final.

The game of cricket continues to evolve year-on-year and while there might be a lot of debate about the various methods that are now involved, it is important to look at how far the game has come. There is no better example of that than the farce that occurred at the Sydney Cricket Ground on 22 March 1992.

England had set South Africa 253 to win with Graeme Hick leading the way with a score of 83, but South Africa – competing in a World Cup for the first time following their readmission – handled the chase well.

They had got themselves down to a manageable 22 from 13 balls thanks to useful knocked from Adrian Kuiper and Jonty Rhodes with a thrilling climax in store, but the players went off due to rain.

When they re-emerged, the scoreboard was met with confused and angry stares as it read 22 needed from 7 balls, which was hard enough, but it then changed to an impossible 22 from 1 ball. God bless the Duckworth-Lewis method.

Far from a classic in terms of the closeness of the encounter, but an unforgettable World Cup moment nonetheless.

The 1996 World Cup was a huge breakout for Sri Lanka who, led by the opening pair of Sanath Jayasuriya and Romesh Kaluwitharana, played exciting and fearless cricket. Kolkata’s Eden Gardens was the venue for their semi-final clash against host nation India, and thanks to Aravinda de Silva’s 66 they chugged along to a competitive score of 251-8.

Things never got going in the end during the chase, and once Jayasuriya and Kaluwitharana combined to have Sachin Tendulkar stumped for 65, India collapsed to 120-8. The chase was over and the home fans knew it, so instead of letting the game play out they decided to try and burn the stadium down.

Match referee Clive Lloyd rightly called the game off and awarded it to Sri Lanka, who went on to beat Australia in the final to capture their first World Cup crown.

In the second ever edition of the tournament, host nation England were on the cusp of a spot in the final two as they met New Zealand at Old Trafford.

The Black Caps won the toss and chose to field and quickly gained control, reducing England to 38/2 before Mike Brearley (53) and Graham Gooch (71) stabilised. Derek Randall (42 from 50 balls) played a very useful knock to help push his side to a defendable 221 from 60 overs.

However, the tourists looked to have it under control as they came out aggressively from the start, led by John Wright’s 69. attacked well in the beginning. However, wickets began to tumble and the scoreboard pressure began to build thanks to the tight bowling of Mike Hendrick, Chris Old and even Geoffrey Boycott.

This left New Zealand needing 14 runs from the last over of the match and they ended up falling nine short, but it was a game that over the 120 overs remained painfully close, unlike a lot of the semi-finals we have seen over the years.

This one wasn’t a particularly close encounter, but has been included as a testament to the remarkable fairytale that the Simbas managed for a few weeks 16 years ago.

Kenya became the only non-Test-playing nation to ever make a World Cup semi-final after they finished second in Pool B with four wins from six, including scalps against Sri Lanka and Bangladesh, plus a controversial walkover win against India.

They were given no chance to progress from the Super Six stage, but a win against Zimbabwe and the dominance of India and Australia allowed them to finish inside the top four on Net Run Rate, setting up a semi-final against India.

You can actually make a very good case for this being the best World Cup game of all-time, and it was yet another classic served up by the Aussies and the Proteas.

The years previous had been cruel to South Africa against this particular opponent and their meeting earlier in the tournament had been no different. Steve Waugh gifted a simple chance to Herschelle Gibbs during Australia’s chase but was put down, causing the former to tell the latter: “You’ve just dropped the World Cup”. They went on to chase down 271 with two balls left, and qualified for the semis as a result.

The stage was set for a grand rematch at Edgbaston and it definitely delivered. Chasing a lowly 213 to win – only achieved due to Michael Bevan’s resolute 65 – South Africa needed 9 runs in the last over. Player of the Tournament Lance Klusener smashed the first two balls for consecutive boundaries to level the scores and surely book his side a deserved place in the final.

However, everything inexplicably froze and broke down. Klusener was run out on the fourth ball as Allan Donald never moved at the non-striker’s end, leaving an easy run out for Australia and a tied game, which cruelly sent South Africa home as they had lost more wickets during that innings.

It produced one of the most iconic images of all time, and is a fitting way to end this list.