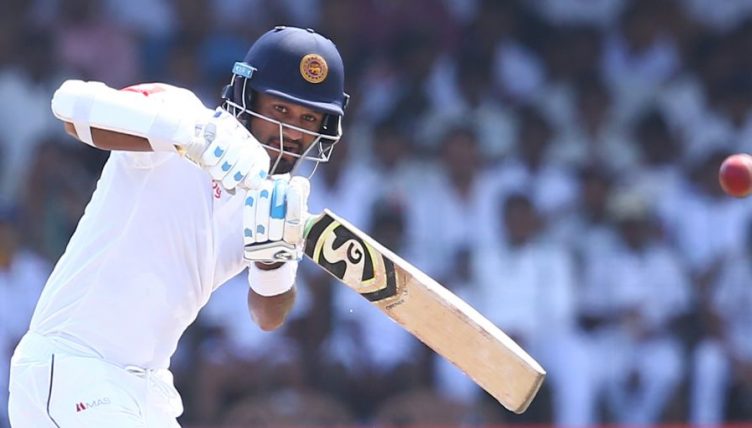 Sri Lanka have named an extraordinary World Cup squad, with Dimuth Karunaratne returning as captain having not played an ODI since the last World Cup, while Niroshan Dickwella and Dinesh Chandimal are among the big names to miss out.

Opening batsmen Danushka and Upul Tharanga are also left out, as is spinner Akila Dananjaya.

Karunaratne was named as ODI skipper in place of Lasith Malinga on Wednesday and will now lead the side in England. He was in in charge for the sensational Test series success in South Africa and has a fine record in that format.

His ODI average, though, is just 15.83 and the 30-year-old hasn’t played in the format since the victory over England at Wellington in March 2015.

Former captains Angelo Mathews and Malinga are in the squad. Chandimal had replaced Mathews as skipper before England’s tour, but was dropped for the defeat in South Africa and does not return.

Dickwella’s axing after a run of low scores in South Africa is a huge shock, with Kusal Mendis and Kusal Perera now set to fight for the wicketkeeping gloves.

Lahiru Thirimanne, Milinda Siriwardana and Jeffrey Vandersay return to the squad after two-year absences, while Jeevan Mendis gets the nod despite – like Karunaratne – not playing an ODI since 2015.