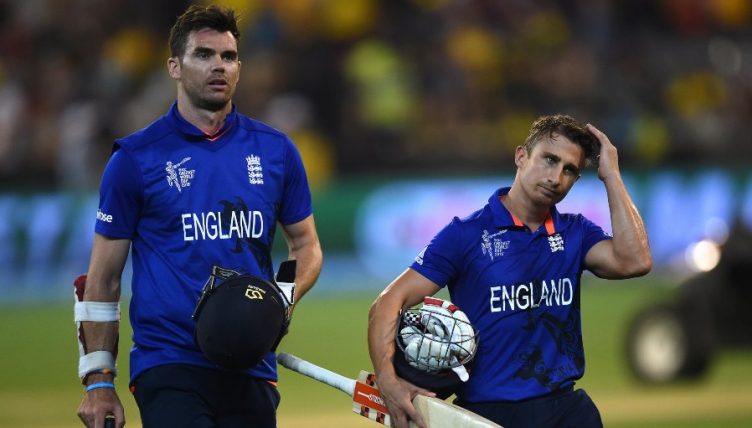 The gentleman’s game is never too far away from controversy. Incidents ranging from drunken pedalo antics to on-pitch ear pieces have caused outrage throughout the game in years gone by. Here’s an XI of the players involved in some of the most controversial moments in Cricket World Cup history…

The 2015 World Cup quarter-final against India was the biggest game in Bangladesh’s short cricketing history. Rohit Sharma of India was caught but then given a reprieve as a tight no-ball call went his way. India went on to win the game and Bangladeshi fans burnt an effigy of umpire Aleem Dar – it’s a gentleman’s game.

England vs India at Lords in the first ever World Cup match in 1975. Sunil Gavaskar batted for the entire India innings and scored 36 not out. I know what you’re thinking – “that was probably a good score back then” – “it was an uncovered pitch” – “the boundaries were bigger” – “the bats weren’t as thick” – “he was anchoring the innings”. India batted second. They were chasing England’s score of 334. India finished 132 for 2. Still – good for the average.

There were two coin tosses at the World Cup final in 2011. Sri Lanka captain Kumar Sangakarra called heads first time round – and heads it was. Opposing captain MS Dhoni turned to the match referee and said: “We’ll have a bat” – nice try. I have never misheard a call in ‘heads or tails’ – I might have pretended not to hear to aid in my claim for a “Best of three?” – but I can’t see them going for that in the World Cup final.

Virat Kohli is the poster boy of world cricket. The best batsman in the world and married to a film star. Think Posh and Becks. But Virat is not always as serene as he appears on the cricket field or in interviews where his charm tests the boundary between honourable and annoying. This came to the fore at the 2015 World Cup, when he hurled a torrent of abuse at a journalist who he thought had written spurious stories about him – it was in fact a case of mistaken identity – whoops.

The Decision Review System (DRS) system was in its relative infancy during the 2011 World Cup. Ian Bell was on his way back to the pavilion after DRS had shown he was plum LBW. But he was called back as he was struck on the pads over 2.5m from the stumps. Who knew that was a rule? It’s not now – because it makes no sense whatsoever.

Hanse Cronje sported an earpiece at the 1999 World Cup so that he could be coached through the game. Cronje described his actions as “legal but dishonest” – he was toeing the line between frowned upon and illegal. It was later found out that Cronje had been receiving bribes to fix matches of cricket for at least four years – turns out he had no idea where the line was after all.

Imran Khan’s speech as he held the trophy aloft in 1992 wasn’t your run-of-the-mill “The guys did a great job, commiserations to the opposition” affair. He instead eased final opponent England’s pain of defeat by ensuring them that “the World Cup will go a long way to helping me achieve my dream of building a cancer hospital” – cue eye-rolling from England players – it’s so hard to hate a philanthropist.

Andrew Flintoff was stripped of his captaincy in the 2007 World Cup in the West Indies. Surely we all know this one? The headline writers enjoyed themselves – “Prat of the Caribbean” – “Sunk’n’Drunk” – “Caribbean Booze Cruise” – and my personal favourite – “Off his head-alo”. Captain Freddie “Blue-beard” Flintoff got drunk and took a pedalo out to sea at 4am. Simpler times.

On the eve of the 2003 World Cup Shane Warne was sent home after failing a drugs test. He was given the drugs to “improve his appearance”. There’s nothing like the love of a caring mother. It gave rise to one of the great Barmy Army chants – “Show me the way to Shane Warne’s villa, he’s got his diet pills under his-pilla”.

In 2015, Moin Khan, former wicketkeeper turned chief selector of Pakistan was caught visiting a casino in New Zealand – fans reacted angrily as gambling is banned under Islamic law. Moin claimed he took his family to the casino for a meal. He then took them to a strip club for dessert and a cock fighting ring for coffee.

The World Cup opener in 2015 – England against the old enemy Australia. James Taylor was given out LBW onfield before reviewing the decision and having it overturned. In the meantime batting partner James Anderson was run-out and given his marching orders. But shoudn’t have been – the ball was dead. Australia getting the rub-of-the-green as usual – who’s to say England couldn’t have had a 111 last wicket partnership to win the game. Such injustice.

All-in-all not a bad side. A bit light on the bowling. If Jofra Archer or Mitchell Starc could get involved in some sort of wrongdoing or point of contention this year we’ll be sorted.