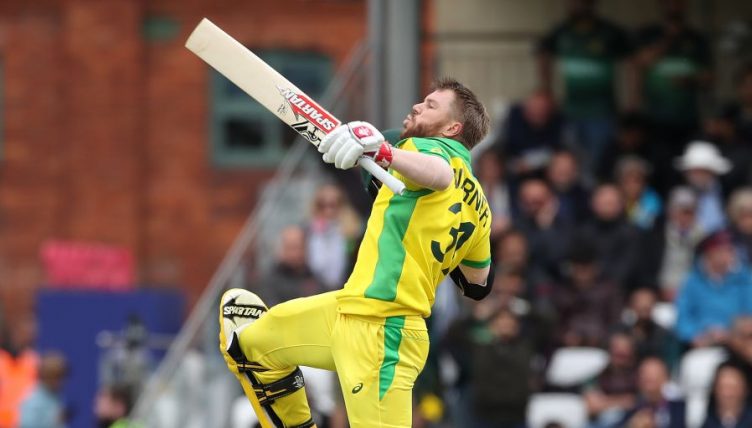 David Warner described how the support of his wife and children were instrumental in laying the foundations for the opener’s successful return to the Australian set-up.

Warner top scored with 107 (111) in Australia’s 41-run victory over Pakistan at Taunton on Wednesday.

The victory moved Australia up to second in the table with three wins from four, a start that the Aussies will be confident of converting into a semi-final berth.

The century was the Sydney man’s first hundred since his return to international action following the Sandpapergate controversy in 2018.

Following the match, Warner gushed with praise for the support he received from his loved ones during the aftermath of the scandal.

“I think going through those tough times and sort of regrouping with myself to put myself in the best position to come back to international cricket, I did everything I could,” said Warner.

“I really, really knuckled down and trained my backside off. I was always coming back to international cricket, if selected.

“The thing that kept me going was my wife and my kids – I got great support at home from my family.

“My wife is just my rock, she’s unbelievable, she’s determined, disciplined, selfless and I hold a lot of credit to her.

“She’s a strong woman and she got me out of bed a lot in those first 12 weeks, got me back running and training as hard as I could and prepared for the other formats of the game that I was playing.

“It was just to maintain my level of fitness and hard work and she really nailed that into me.

“To come out here and play the way I know I can play was awesome. I was elated. It was a bit of relief in a way.”