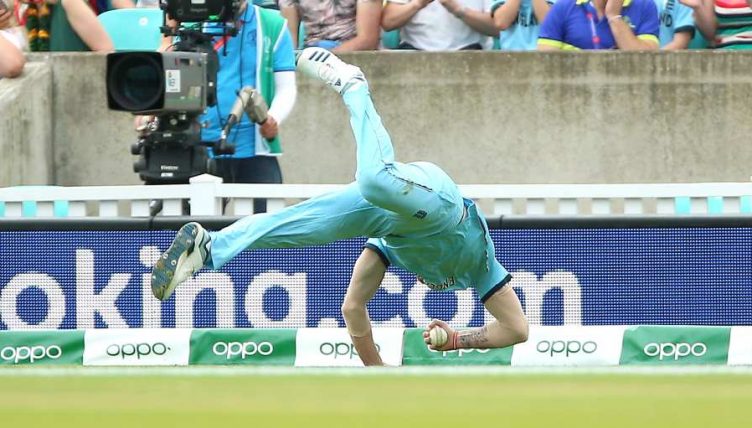 Ben Stokes has done some ridiculous catches in his time, but might have just topped the lot in the opening game of the 2019 World Cup with an absolutely stonking effort.

Andile Phehlukwayo absolutely nailed the slog-sweep off Adil Rashid, but then… well, just watch it.

Seems a shame to have to cancel the catch of the tournament competition after the very first game, but here we are. And he top-scored with 89 in England’s 311/8. And he engineered a run out. And he took another catch. And he took the last two wickets in two balls to end with 2/12 as England romped to a 104-run victory.

In shock news he was named player of the match.