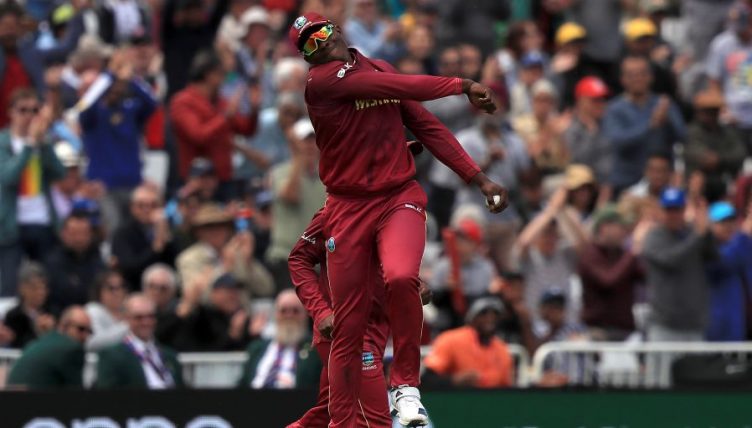 Hands up, who amongst you thought that Ben Stokes had wrapped up the catch of the tournament competition on the opening day?

Well this humble writer did, but Sheldon Cottrell just threw a West Indian shaped spanner well and truly in the works.

Oshane Thomas’ delivery was flicked to the deep square leg boundary and channeling his inner Jonty Rhodes, Cottrell made an outstanding one-handed grab.

An off-balance Cottrell then tossed the ball into the air as the boundary rope loomed, regained his composure and completed what is surely the greatest catch of his life.

And who was the unlucky batsman to fall to such an outrageous piece of fielding?

Take a look for yourselves…

Smith flicks one off his pads and it looks six from the moment he connected but Cottrell has other ideas! Unbelievable stuff from the #MenInMaroon! 😳