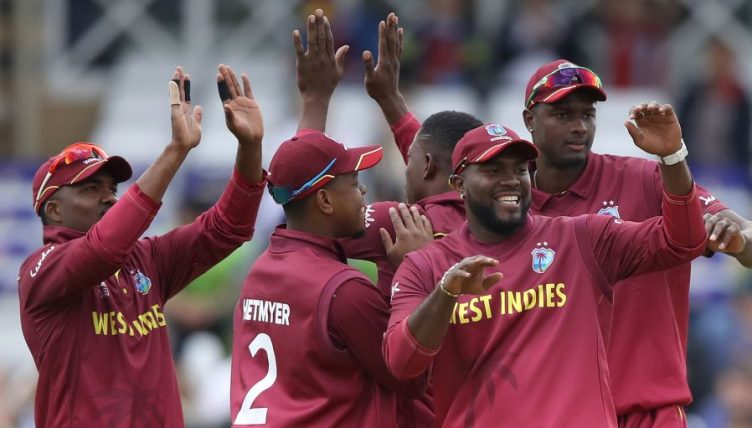 A combination of trademark West Indian fast-bowling and inept Pakistani batting resulted in a commanding seven-wicket victory for The West Indies.

Pakistan were skittled for a paltry 105 all out from just 21.4 overs, the second lowest total and shortest duration of innings in their storied World Cup history.

Player of the match, Oshane Thomas, was the pick of the bowlers with figures of 4/27 off his 5.4 overs, including the key wicket of Babar Azam.

The Windies seamers directive was clear from the get-go. A whopping 53% of deliveries were short pitched and their average speed of 133 kph was the fastest speed this bowling group have achieved in 2019.

Windies captain Jason Holder spoke to Sky Sports following the game of his team’s ability to strike early, saying: “We got off to a good start, we got new-ball wickets which is what he asked of the guys and we never looked back from there.

Holder continued on his pacemen: “[Andre Russell] is an impact player, you can all see what he can do with the ball as well as with the bat, so it was good to see him come in and make the impact he did today, well backed up by Oshane [Thomas] and I felt Sheldon [Cottrell] started really well for us, we were always in the game.”

Chris Gayle ensured the target was chased down in the blink of an eye with a half-century from just 34 balls.

The only slight concern? The big man appeared troubled by a back injury in the latter part of his innings.

Pakistan captain Sarfaraz Ahmed spoke of the difficult situation his side put themselves in, saying: “If we lose so many wickets like that, how are we going to come back into the game?

“For half an hour it was tricky batting, we knew that, but this is a different kind of pitch to what we’re used to in Nottingham, it’s usually a good batting pitch. We’re just no batting well. I think we have to bat positively but we didn’t play well as a batting unit today and hopefully we can bounce back.”

Asked whether he had concerns of this performance being repeated, Sarfaraz told Sky Sports: “Today was a bad day for us but I think it was just a blip.”

The only lower total in Pakistan’s World Cup history was ‘achieved’ in their 1992 drubbing by England. Everyone’s favourite tubular based crisp manufacturer, Derek Pringle, was the man doing the damage that day with figures of 3/8.

Unbelievably, they took a massive 40.2 overs to amass that miserable total. Oh, how times have changed.

The Nottingham fans were treated to everything you might expect from the two teams on show, despite the contest’s abrupt nature: Fast, hostile seam bowling from The Windies, Gayle hitting boundaries for fun, and true to form, a multitude of dropped Pakistani catches in the field.

A mere 3 hours and 25 minutes it lasted.