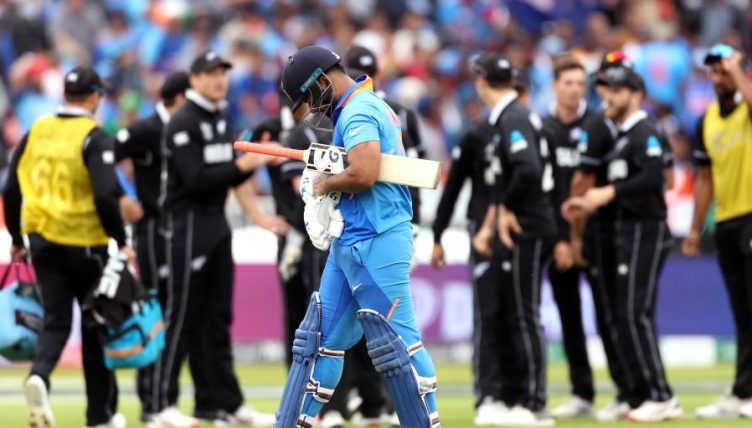 With Pakistan and India disgracefully eliminated from the World Cup due to something as trivial as the well-known and long-established tournament playing conditions, it seems only right that every other team must also have been robbed in some way. This seemed a very funny idea until the final happened, but we’re committed now and it’s only right and proper that we see it through. Here’s our handy guide to why your team’s exit was so unfair and which far better format would have coincidentally saved them.

How they went out: Oh man. We wrote 10000 words about precisely how this happened and we’re not sure we can make it any more succinct.
Why this was unfair: Oh man. We wrote 10000 words etc.
Better format(s): The mad thing here is that while the manner of New Zealand’s World Cup exit was so crushingly dreadful it’s actually quite hard to find a way that changes the result. If you don’t like “boundaries scored” as a tiebreaker then you’re on shaky ground suggesting “wickets lost” but it’s just about the only way you’ve got. Beyond that, I don’t know. Ban ricochets? Ban piss-poor lbw decisions? Ban Martin Guptill from listening to Henry Nicholls when he says it might be sliding down leg? Anything that moves outside the final itself to try and break the tie favours England. They finished higher in the group, won the head-to-head and had a better Net Run-Rate. In the end, we’d advocate the awarding of an extra run to any team whose captain describes a Super Over as the “extra little match” in an astonishingly good-natured post-match interview after the most gut-wrenching defeat in the history of sport.

How they went out: Twatted by England in semi-final
Why this was unfair: Twatted England and finished above them in group stage
Better format(s): Clearly the top two in the standings should go straight through to the final. That’s just common sense. Or, given that the 10-team tournament had been custom-built to minimise jeopardy for the biggest teams for as long as possible, extend this policy to the knockouts via some kind of IPL-style play-off system.

How they went out: Pants pulled down by New Zealand in classic two-day international semi-final
Why this was unfair: India topped group stage. And also are India.
Better format(s): Who even needs knockout games anyway? If you’re replacing a normal World Cup group stage with a big massive league, why not just crown the league winners champions? Failing that, any of the formats that Australia should now retrospectively believe to be inherently superior would also work for India.

How they went out: Finished fifth behind New Zealand on NRR
Why this was unfair: Net Run-Rate smells. Pakistan beat New Zealand in group game.
Better format(s): Any obviously better and fairer tie-breaking method that by pure chance happens to put Pakistan above New Zealand. Head-to-head. Team that has won most matches against other top-five teams. Team that most closely mirrored its 1992 World Cup campaign. Etc.

How they went out: Lost last two games of group stage
Why this was unfair: Wins over South Africa and West Indies two of best games in moribund group stage. Shakib Al Hasan.
Better format(s): Five bonus points for having player of the tournament.

How they went out: Lost every game
Why this was unfair: Umm
Better format(s): Automatic semi-final spot for team with most inspirational and heartwarming backstory. Kettle-over-pub throwing competition.