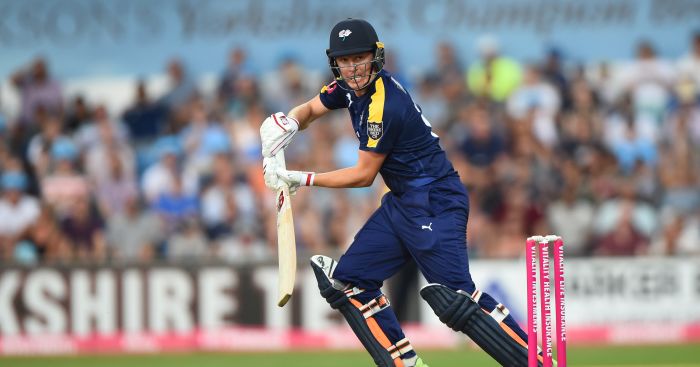 Gary Ballance thinks the pressure of being one of the favourites for this summer’s World Cup will see England thrive.

England have won 12 out of their last 14 ODI series with Trevor Bayliss’ side ranked number one in the world at one-day international cricket.

Jason Roy and captain Joe Root both scored centuries as England completed a 171-run warm-up win ahead of their five-match ODI series against the West Indies on Sunday.

And Ballance, who has played 16 times for England in the 50-over game, expects them to be a major force this summer when the World Cup kicks off.

“They have been playing some really good cricket for quite a few years now,” Ballance told Yorkshire CCC’s official website.

“They have a really good squad, not just a good eleven. If people are injured or are out of form, they have players who can come in and perform.

“Everyone seems to know their role, and it’s really paid off for them.

“Their balance is ideal. There’s different kinds of batters, spinners who can spin the ball both ways like Rash (Adil Rashid) and significant pace. It’s all there.

“They have players who can perform in all conditions.

“Wherever they’ve been over the last few years, they’ve performed really well, so in home conditions they would be the favourites for the World Cup.

“They have been favourites in pretty much every series for the last few years, and that seems to have brought out the best in them. I’m sure they’ll go into the World Cup with a lot of confidence.”