Home 2020 T20 World Cup Archer absence might be for the best, says team-mate

Archer absence might be for the best, says team-mate 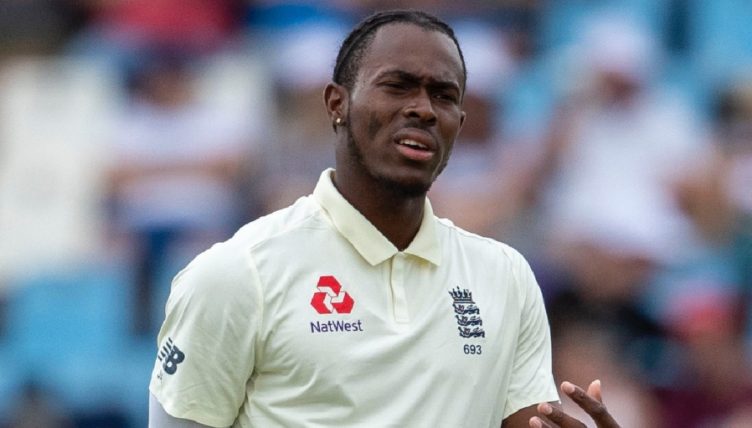 Jofra Archer’s injury lay-off could be a blessing in disguise for England, according to the fast bowler’s Sussex team-mate Luke Wright.

England will be without Archer for their forthcoming tour of Sri Lanka after the 24-year-old suffered a stress fracture in his right elbow. He has also been sidelined for the Indian Premier League season.

Archer enjoyed a breakthrough year in 2019, playing pivotal roles in England’s World Cup triumph, and series draw against Australia in the Ashes.

“As much as it is a disappointment that Jof is injured, it might just give him the break he needs,” said Wright, who played 101 one-day and Twenty20 internationals for England.

“It will allow him to take a breath and figure out what he needs to do to go again. The break will help him out.

“Not many players are expected to come into an international side, knock over Steve Smith every day, win the Ashes and win the World Cup.

“Jof’s injury will give him time to spend at home for a sustained period with his family and friends in Barbados. He hasn’t had that for a long time. He can reflect, assess and go again. When Jof is on form and confident, he is as good as anyone in the world.”

Archer’s absence from next month’s two-Test series in Sri Lanka will be a blow to England.

Since his Test debut in August last year, Archer has taken three five-wicket hauls, with no player in the world having managed more during the same period.

But in the weeks building up to Archer’s injury, there were suggestions that he was being over-burdened by England.

“Jof is the one who says he wants to keep bowling, and that is the hardest thing to manage with him at times,” said Wright.

“When he is bowling close to 150km/h and he is telling you he is fine and he wants to keep going, any captain would find him hard to take off, so I felt sympathy towards Joe Root.

“But as Jof keeps maturing, he will learn the demands of international cricket – the wickets are flatter and you are out in the field a lot longer – so it is something he will have to manage over time.”

It is hoped that Archer will be available for England’s first Test of the summer, against West Indies at The Oval on June 4.

Providing he is fit, Archer is also in line to help England as they bid to become double world champions at the T20 World Cup in Australia this autumn.

Wright, who helped England win the T20 tournament a decade ago, added: “If England didn’t win last summer when they had an amazing squad, they would have been bitterly disappointed and that would have placed then under more pressure to win this year.

“But when you win a tournament if gives you more confidence. So, they are used to that pressure and it has proved it doesn’t affect them. The fact we are now considered as favourites shows what strides we have taken.”