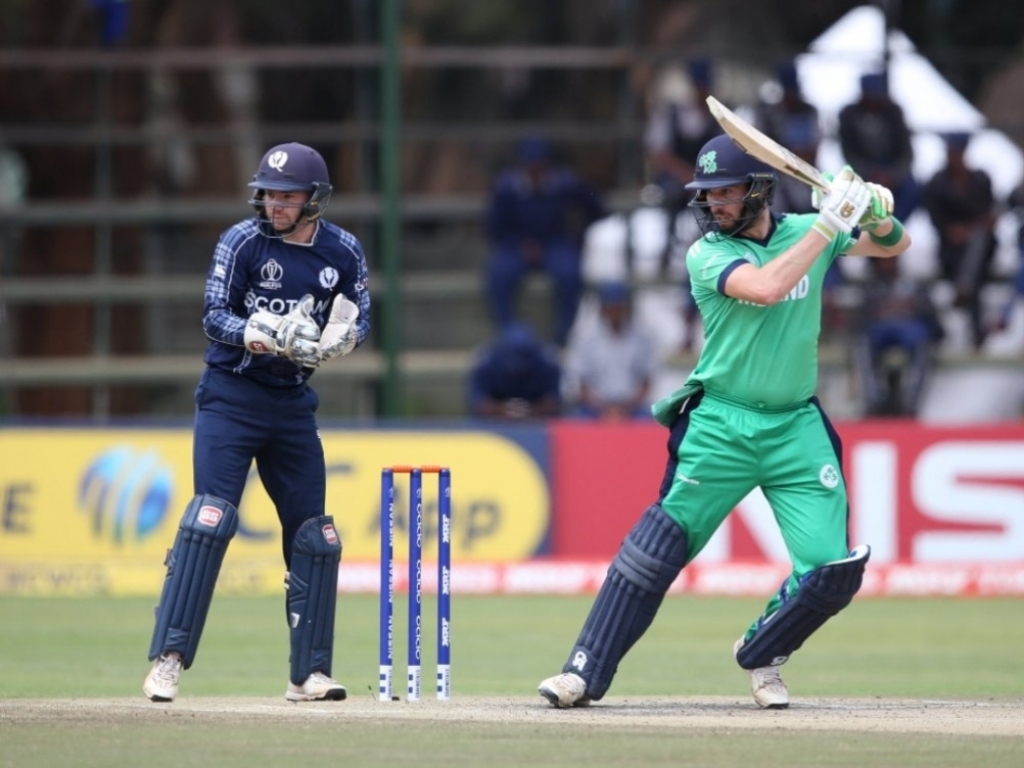 Ireland sealed their place at next year’s T20 World Cup after finishing top of their qualifying group with a major hand from Jersey.

The Irish had gone top of Group B on Saturday with victory over Nigeria, but three teams could have knocked them off their perch on the final day.

Oman were best placed to do so but they suffered a shock 14-run defeat against Jersey to stay level on eight points with Ireland but behind on the run-rate.

A big win for either Canada or United Arab Emirates in the final group game could also have knocked Ireland down to second, but a 14-run win for the hosts in Abu Dhabi went nowhere near close to doing so.

Boyd Rankin, that is sensational!

Ireland’s 6 ft 8 seamer channeled his inner @JofraArcher with an outstanding catch off his own bowling against Jersey earlier today.

It was his 50th wicket in T20I cricket. pic.twitter.com/0BDZzjnXLA

Scotland were left waiting to discover their play-off opponents after suffering a third defeat in their sixth group game.

The Scots lost by four wickets against Holland to finish fourth in Group A.

Their fate will be decided on Wednesday when they take on the loser of the play-off between Holland and UAE with a place in the finals in Australia in 12 months’ time up for grabs.

Scotland suffered a pre-match injury blow when Oli Hairs was ruled out with a broken metatarsal and they could only muster 130 in their innings.

Matthew Cross was by far their best performer with the bat, hitting 52 from 44 balls. Opener George Munsey was bowled out for seven and Calum MacLeod only managed one run before being trapped lbw.

Scotland gave themselves hope with a positive start with the ball. Safyaan Sharif took a wicket in the first over with Josh Davey plucking Tobias Visee’s strike out of the air. And fellow opener Max O’Dowd was caught out for five by MacLeod off the bowling of Alasdair Evans.

But Ben Cooper (21) and Colin Ackermann (22) steadied the ship and Ryan Ten Doeschate hit an unbeaten half-century to take the Dutch home with three overs to spare.

However, the Dutch could not achieve the run-rate required to beat Papua New Guinea to top spot and automatic qualification.

Despite sealing their place in Australia, Ireland also continue in the qualifying tournament with their semi-final against unknown opponents taking place on Friday.