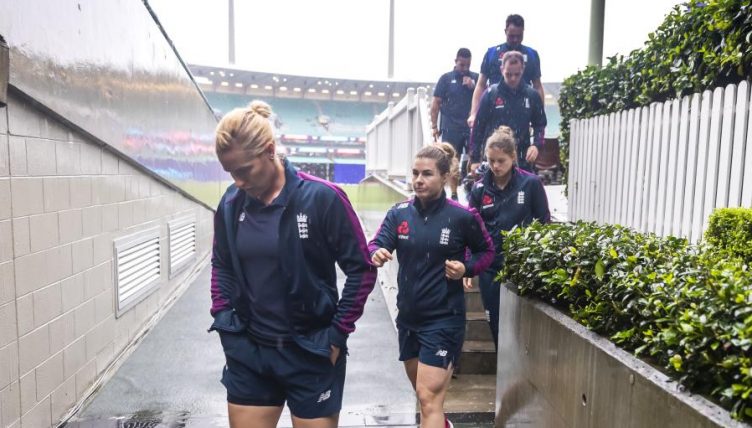 Heather Knight has called on the International Cricket Council to insert a reserve day at future Women’s T20 World Cups after England were knocked out at the semi-final stage without a ball being bowled.

Heavy rain caused a delay as the two sides waited to see if they would be able to take the field at the Sydney Cricket Ground, but the match was later abandoned with India reaching the final.

England were eliminated as the absence of a reserve day meant India progressed after topping Group A, with Knight’s side finishing as runners-up in Group B.

“It’s the rules I guess. We signed up to it at the start of the tournament,” Knight told Sky Sports.

“It’s just frustrating really and it could have been avoided and you hope that now it is brought into the game in the future.

“That’s what you need isn’t it? There needs to be something wrong and something to be not quite right to get that rule change, hopefully that does change but that’s up to the ICC.

“Hopefully there will be a rule change and another side won’t have to go through this.”

England, crucially it would turn out, lost to South Africa in their opening Group B game but reached the semi-finals after victories over Thailand, Pakistan and West Indies.

“There’s not a lot we can do I guess. It’s rained a lot and to not get the chance to fight to be in that final is very gutting,” Knight added.

“It is what it is, losing that first game against South Africa has cost us ultimately.”

England men’s bowler Saqib Mahmood, currently on tour in Sri Lanka, had sympathy with Knight’s team and does not expect the situation to arise at future tournaments.

“It’s quite bizarre reading up on the rules,” he said. “Sometimes it takes something like this to happen for them to take a look at it. I highly doubt it will be the same for the next World Cup.

“It’s not the nicest way to go out. They’ve played some really good cricket and it’s not the way they’d have wanted to exit the tournament.”

Australia will play India in Sunday’s final in Melbourne after the defending champions defeated South Africa by five runs in a rain-affected second semi-final at the SCG.

The hosts scored 134 for five off their 20 overs before South Africa, chasing a revised target of 98 off 13 overs under the Duckworth-Lewis-Stern method, were limited to 92 for five in reply.